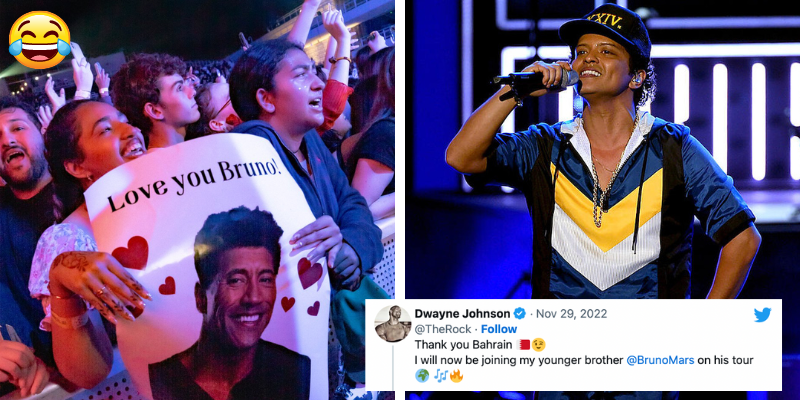 Bruno Mars lit up the stage at Dana Amphitheater this Monday, and crowds karaoke their hearts out. Fans held up signs and cheered on the singer, but one specific moment definitely stock out.

Dwayne Johnson then reacted with the most hilarious tweet 😂

Thank you Bahrain 🇧🇭😉
I will now be joining my younger brother @BrunoMars on his tour
🌍 🎶🔥 https://t.co/RAiIu1SrVu

The iconic actor mentioned how he would be joining Bruno Mars on his tour, and gave a great thanks to Bahrain 👏