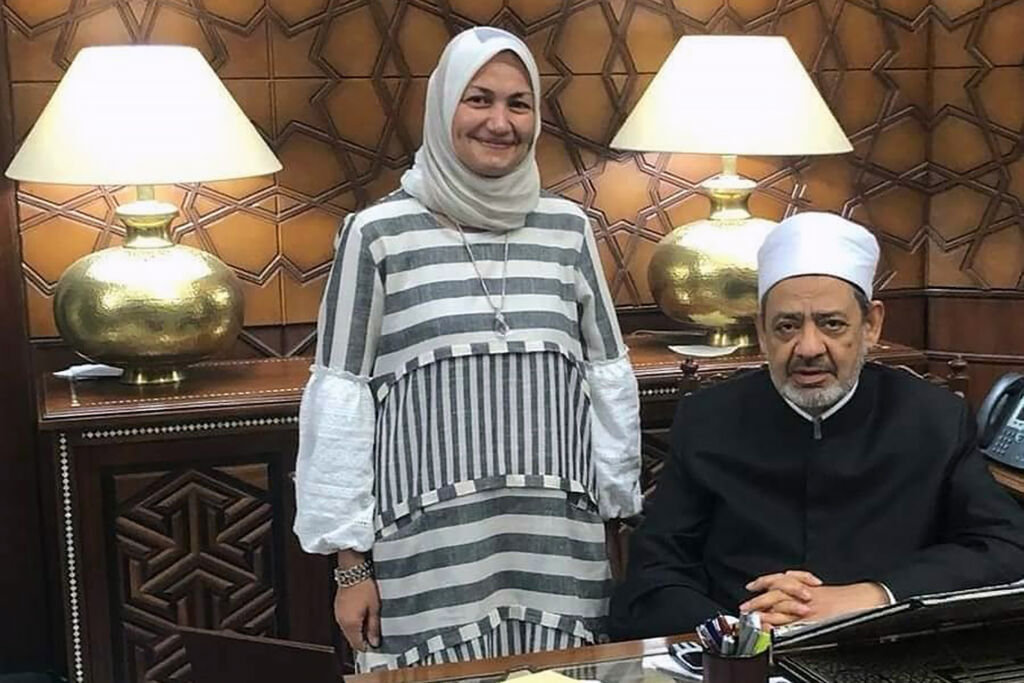 Nahla Al Saeedi is officially the Dean of the Al-Azhar College of Islamic Sciences for International Students.

Ahmed el-Tayeb, the Grand Imam of Al Azhar, has also designated her as his counsellor for expatriate matters.

El-Tayeb’s choice is in line with Egypt’s continuing conversation about women’s rights in the workplace and society at large.