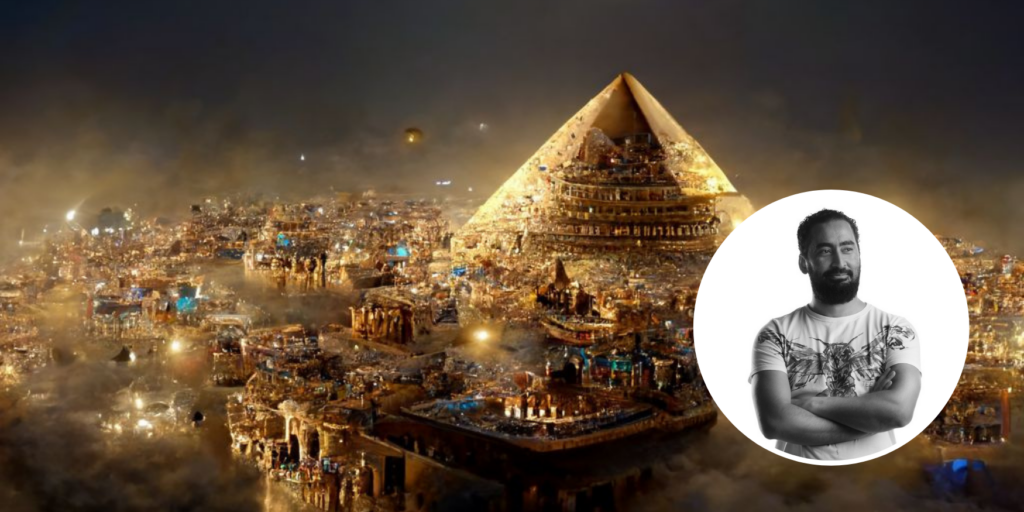 Egypt’s ancient city of Thebes has been reimagined time and time again, but this is the first time we’ve ever seen it like this.

The AI art was done in collaboration with Midjourney, an independent research lab exploring new mediums of thought and expanding the imaginative powers of the human species. 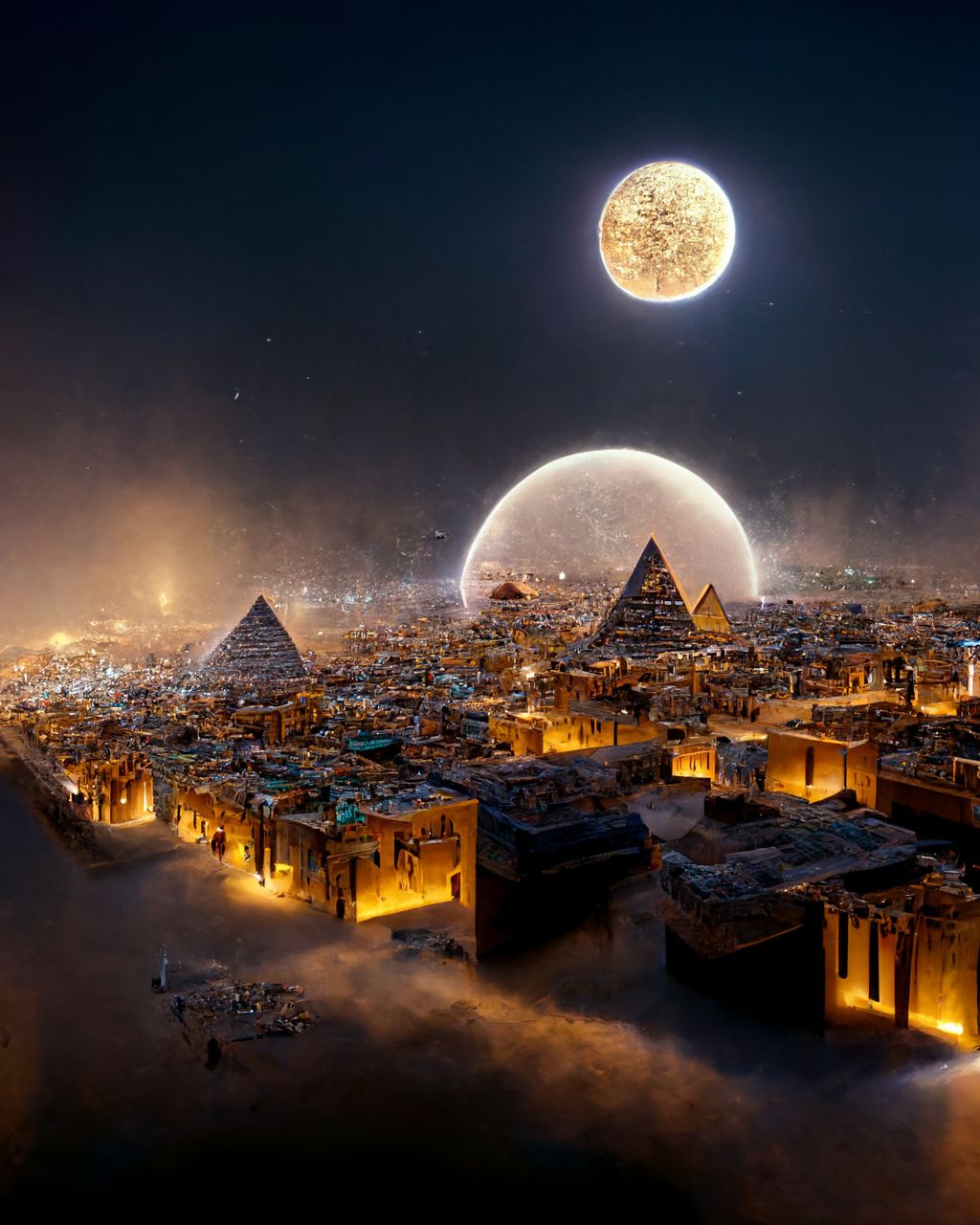 Thebes ruins lie within the modern day city of Luxor 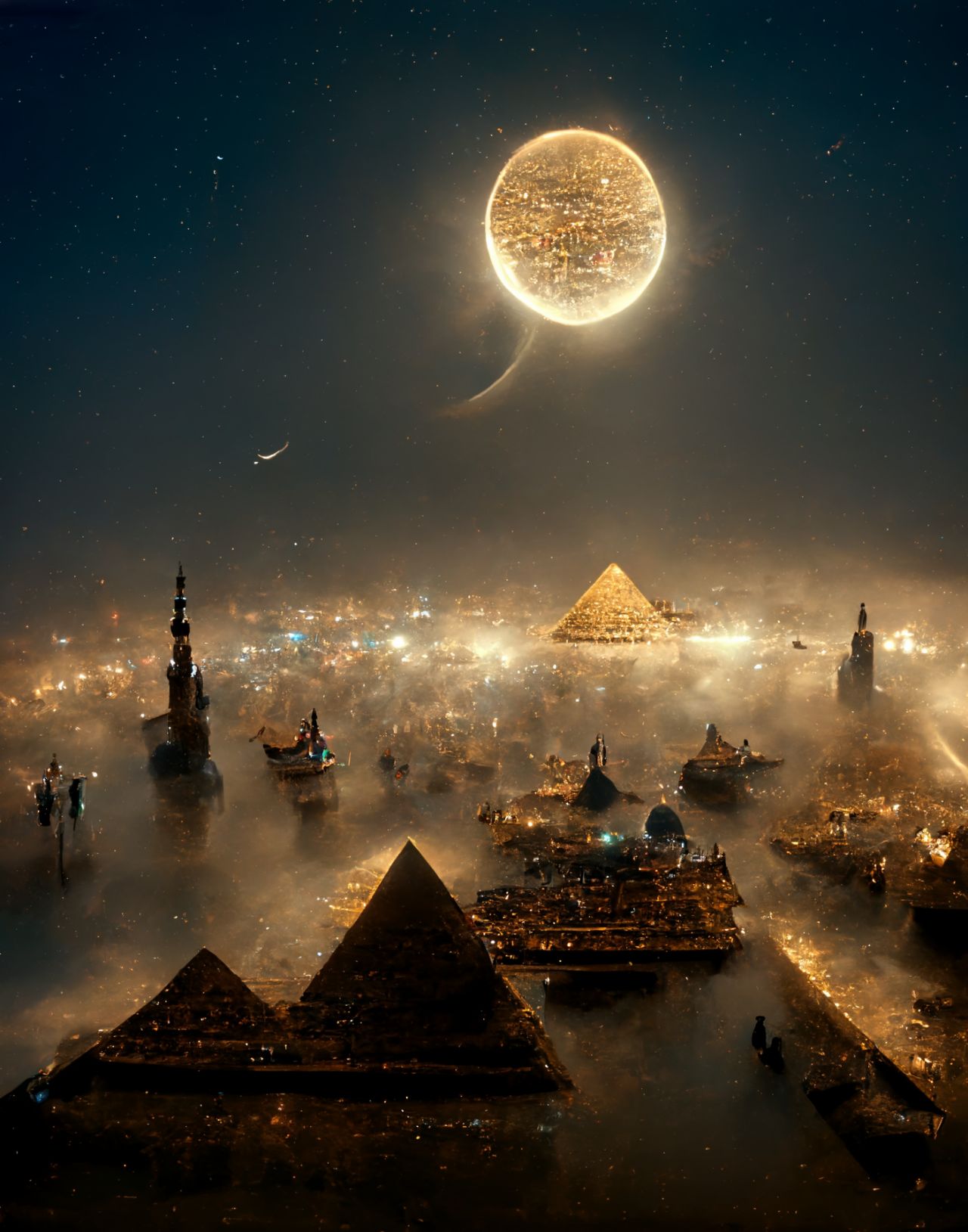 Thebes was the main city of the fourth Upper Egyptian nome and was the capital of Egypt for long periods during the Middle Kingdom and New Kingdom eras.

It was close to Nubia and the Eastern Desert and had valuable mineral resources and trade routes.

It was a cult center and the most venerated city during many periods of ancient Egyptian history.

The site of Thebes includes areas on both the eastern bank of the Nile, where the temples of Karnak and Luxor stand and where the city was situated; and the western bank, where a necropolis of large private and royal cemeteries and funerary complexes can be found.