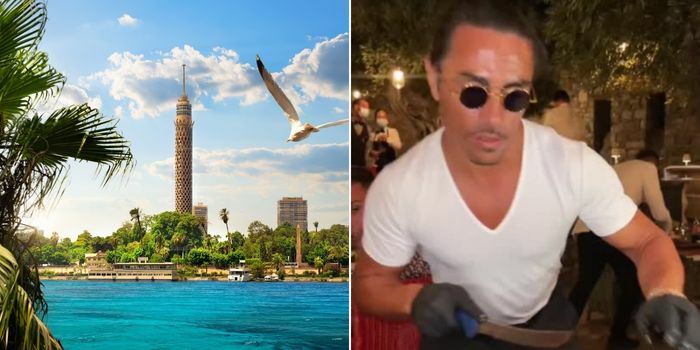 Nusret Gökçe, also known as “Salt Bae,” has just announced that he will be opening his famous steakhouse in Cairo, Egypt.

The Turkish chef and restaurateur became an internet sensation in 2017 when a video of him sprinkling salt on a steak went viral. Since then, he has opened several Nusret steakhouses around the world, including locations in New York, Miami, and Dubai.

The new Cairo location will be the first Nusret restaurant in Africa and is set to open in the coming months.

The Cairo Nusret will offer the same menu as the other locations, featuring a variety of steak options, such as ribeye, filet mignon, and sirloin, as well as lamb chops, seafood, and Turkish specialties like lahmacun and kofte. All of the meat will be sourced from premium farms around the world and cooked to perfection using Nusret’s signature cooking methods.

The opening of Nusret in Cairo is a major milestone for Gökçe and his team, and it is sure to be a huge success. The city is known for its rich culinary heritage and vibrant food scene, and Nusret will be a welcome addition to the local dining scene.

Next: Top Pizza Spots In Cairo That You Won’t Want To Miss