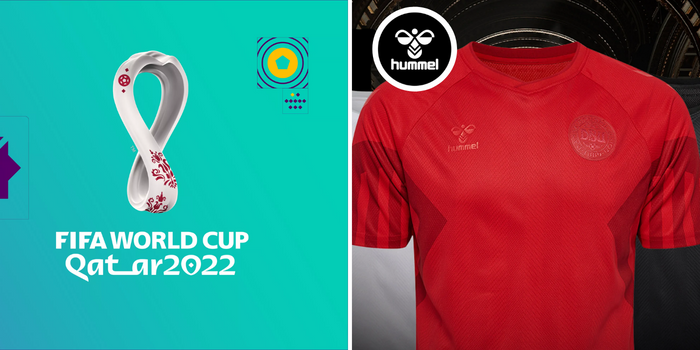 The sportswear brand accompanied the release with a statement clarifying the intention behind the creative process of making the kits the way they are, stating that they are a form of protest against Qatar’s human rights record ahead of the tournament.

This shirt carries with it a message.

We don’t wish to be visible during a tournament that has cost thousands of people their lives.

We support the Danish national team all the way, but that isn’t the same as supporting Qatar as a host nation. pic.twitter.com/7bgMgK7WzS

According to Reuters, experts state that Hummel’s decision to tone down the details of Denmark’s World Cup kit in protest against Qatar’s human rights record “was driven by the company’s desire to be seen as a purpose-driven brand.”

The Danish sportswear company launched a red monochrome kit and an all-black kit that camouflages its logo to signify “mourning”.

Qatar Supreme Committee (QSC) has issued a stern statement in response to Hummel’s claims regarding Qatar’s violation of human rights: “We dispute Hummel’s claim that this tournament has cost thousands of people their lives. Furthermore, we wholeheartedly reject the trivializing (of) our genuine commitment to protect the health and safety of the 30,000 workers who built FIFA World Cup stadiums and other tournament projects,”

“Like every country, progress on these issues is a journey without a finish line, and Qatar is committed to that journey. We urge the DBU to accurately convey the outcome of their extensive communication and work with the Supreme Committee, and to ensure that this is accurately communicated to their partners at Hummel.” QSC added 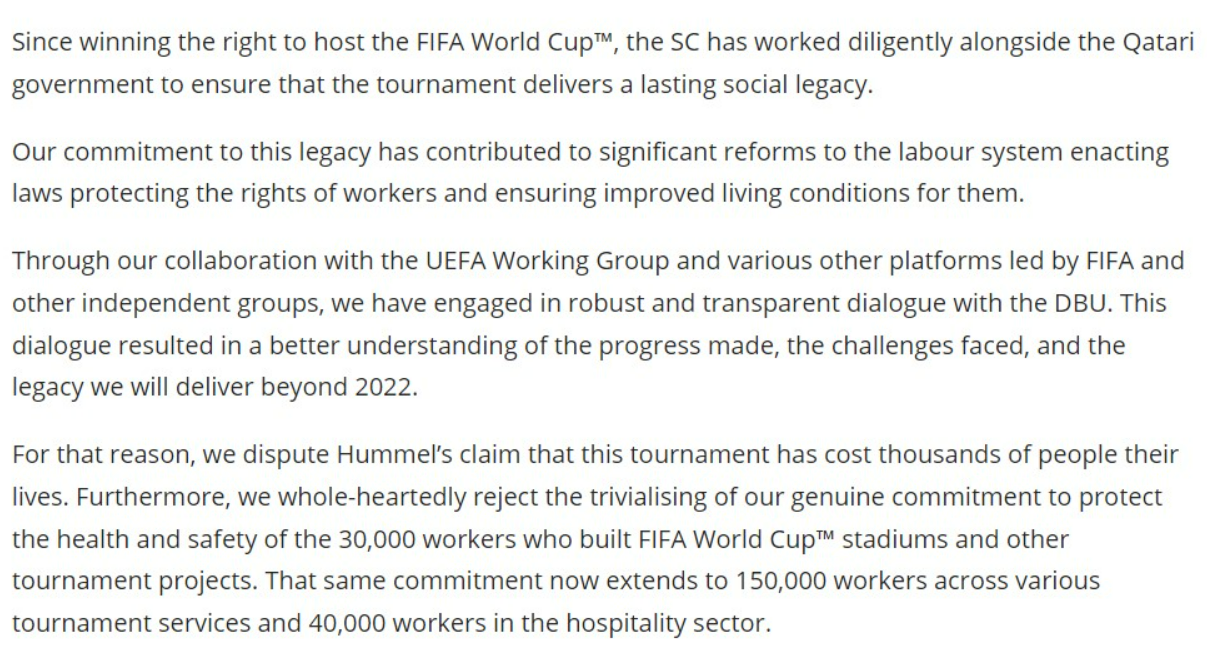