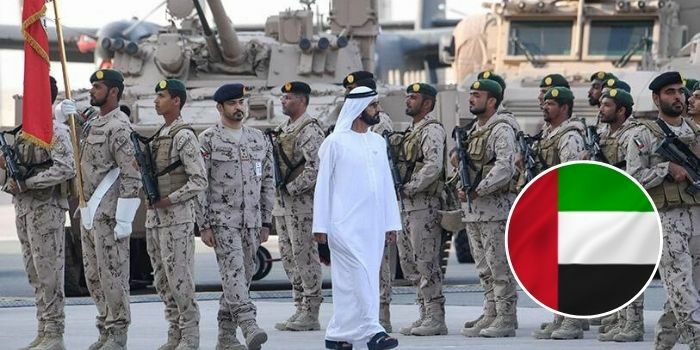 Under the directives of His Highness Sheikh Mohamed bin Zayed Al Nahyan, Crown Prince of Abu Dhabi and Deputy Supreme Commander of the UAE Armed Forces, the national service term for male recruits has been shortened.

Emirati high school graduates used to serve for 16 months in uniform, according to WAM. Those holding a high school diploma or its equivalent and above will serve for 11 months.

The National service is mandatory for Emirati men aged between 18 and 30 and voluntary for those aged 30 to 40.

The national service term for male recruits – holding a high school diploma or its equivalent and above – has been shortened to 11-month, and for those who didn’t finish their high school, the term will be three years, a Ministry of Defence statement said on Thursday. #WamNews pic.twitter.com/FcM9qNM1PJ

As for female recruits, they will serve 11 months.

The announcement follows the directives of His Highness Sheikh Mohamed bin Zayed, “pursuant to Resolution No.15 of 2022 issued by the Deputy Supreme Commander of the Armed Forces to amend some provisions of Resolution No.6 of 2016 regarding the amendment of the national service period,” WAM stated.

The resolution aims to increase the recruits’ training programmes. They’ve also updated the program to include new topics, intensify practical exercises, enhance the recruits’ confidence and provide them with the skills necessary to perform their duties.