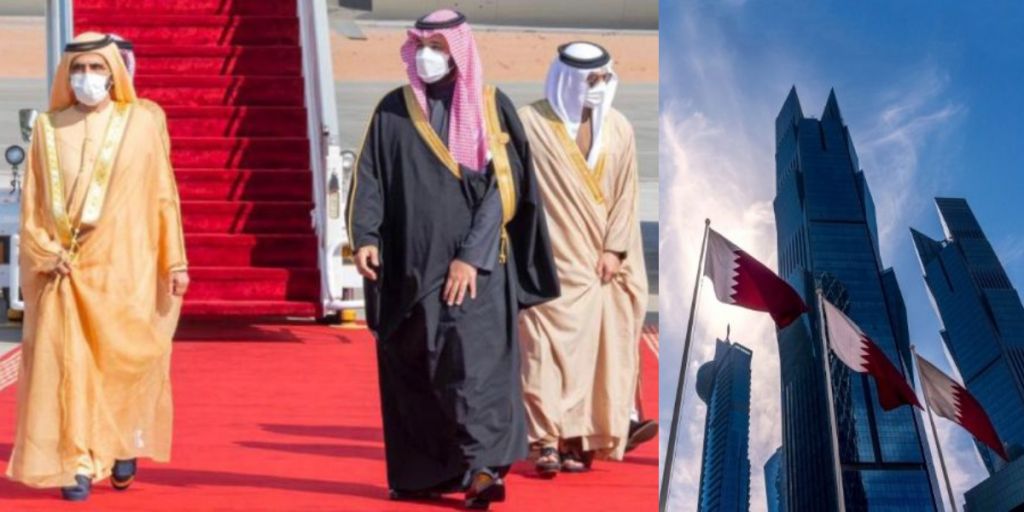 Khalid Abdullah Belhoul, Undersecretary of the UAE Ministry of Foreign Affairs and International Cooperation stated that the boycotts against Qatar will effectively end as of January 8.

Bilateral talks between the UAE and Qatar will help resolve other outstanding issues, Belhoul said.

.@HHShkMohd arrives in Saudi Arabia as the head of the #UAE’s delegation participating in the 41th GCC Summit, and the Crown Prince of Saudi Arabia is the first to receive him. pic.twitter.com/XXNlZ9izMQ

We are extremely, extremely supportive and positive about the declaration

Dr Anwar Gargash, UAE’s Minister of State for Foreign Affairs, said. The Al Ula Declaration was a result of the 41st GCC Summit, named “the Summit of Sultan Qaboos and Sheikh Sabah.” It took place on Tuesday January, 5 in Saudi Arabia in the city of Al Ula, governed by the Crown Prince Mohammed Bin Salman of Saudi Arabia.

The Al Ula Declaration is an agreement between the Arab and Islamic states, promoting solidarity and unity. It is considered a Gulf and Arab achievement as said by Belhoul