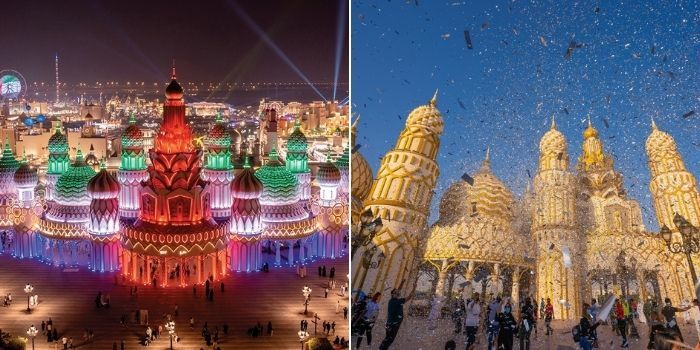 It’s everybody’s favourite family destination. Not only is it a cultural hub where you learn about other countries’ traditions but it’s got food from all over the world, an amusement park and shows almost daily.

Yesterday was Global Village’s final day of the 26th season and it welcomed 7.8 million visitors

Bader Anwahi, CEO of Global Village stated that the 26th season was the most successful for the park, cementing its position as the region’s leading multicultural family destination for culture, shopping, and entertainment. And no one can say otherwise. The final day was met with a queue of cars on the Mohamed Bin Zayed Road, entering the park.

For the final day, they decided to keep the celebrations going until 3am! Visitors

Curtains have come down on Season 26 at #Global Village from today but we have started work on new wonders✨ for Season 27.
See you in October 2022! pic.twitter.com/Tuou8SfwFF