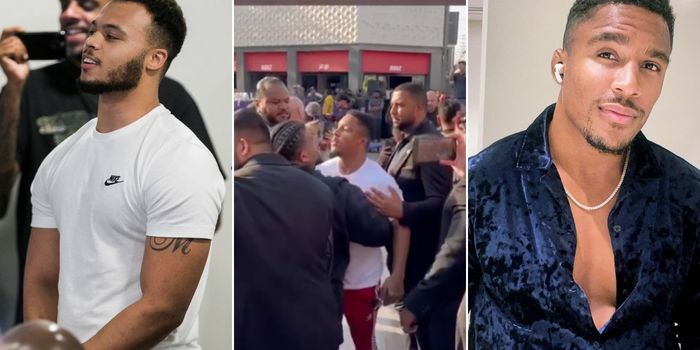 Boxers Anthony Taylor and Rhys Caldon were spotted in a heated street fight on Saturday, during the promotional activities held in City Walk.

Global Titans Fight Series is set to take place on Sunday, November 13 at the Coca-Cola Arena where American boxer Floyd Mayweather is set to go against Deji Olatunji.

Mayweather and Deji are not the only two who are here in Dubai, oh quite the contrary! Jack Fincham is going head-to-head with Anthony Taylor for Fight Night as well but not without giving us a little taste…

Save it for Fight Night – it’s going to be impeccable!