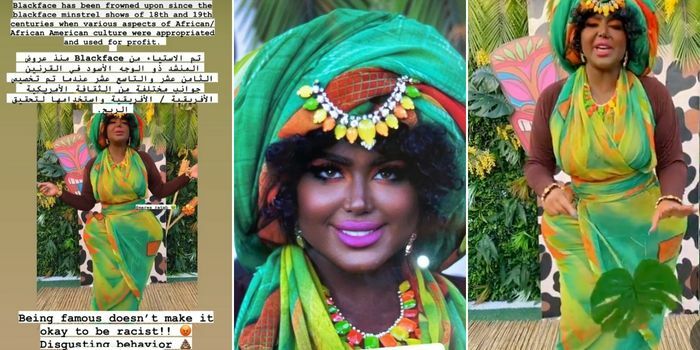 Lifestyle influencer and actress Marwa Rateb has shared several videos through Snapchat where she can be seen in a black face. She is being called out for being racist on social media and has been receiving a lot of criticism for her insensitivity to the black community.

Originally from Syria but based in the UAE, Marwa Rateb has over 2 million subscribers on Snapchat and 441k followers on Instagram. Her content mainly revolves around fashion and lifestyle.

In the controversial videos, she can be seen dancing to the famous song Jerusalema. She later begins talking with the famous quote from The Lion King, “Hakuna Matata” 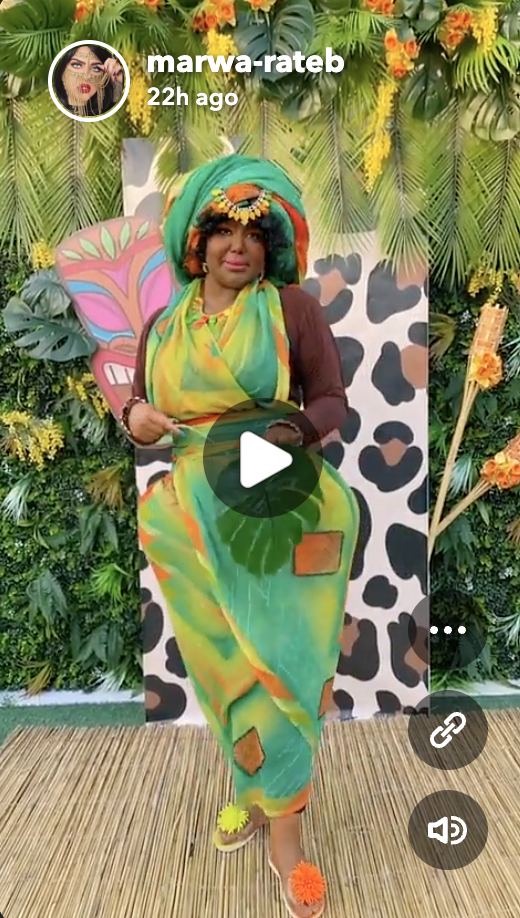 She can be seen inviting people to register for the event where she would be giving out over 300 gifts, including cash prizes and skin care products.

Viewers have accused her of cultural appropriation, saying that being famous does not justify racist behaviour 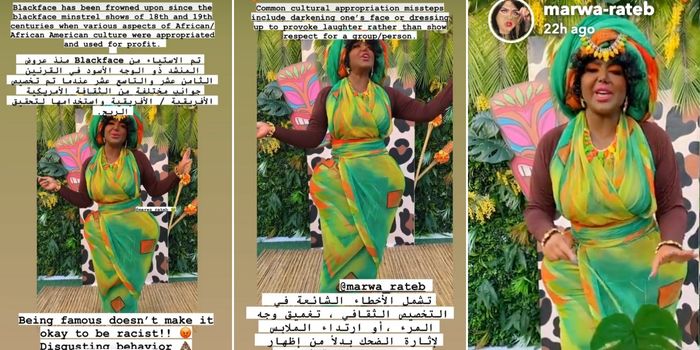 Marwa has defended her actions by disputing claims of racism. She refers to this as a move to express her love and appreciation for the community.

She said that she found the black community to be exceptionally beautiful and wanted to channel this beauty. She added that she respects and admires all cultures and that this move came from a place of love.

She also claimed that the Social media community were being racist towards her by calling out her actions.

Black face is a theatrical make-up technique that was used by non-black people to caricature and mock black people. It has often been used in a derogatory sense.

In the past, several prominent personalities have been called out for doing the black face.