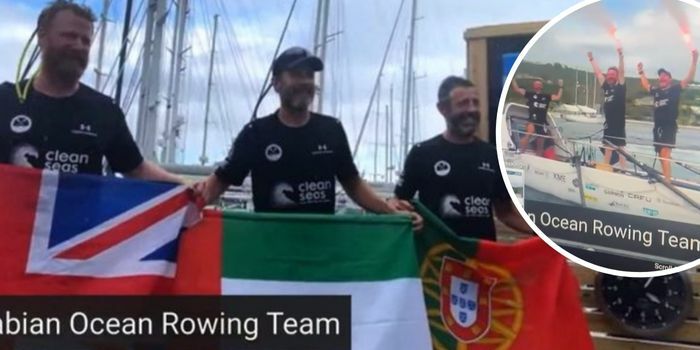 Outstanding effort! A Dubai trio crossed the Atlantic in a rown boat, which is about the size of a small car, and they did it in 42 days, 7 hours and 35 minutes.
A huge congratulations to Toby, James and Rai of the Arabian Ocean Rowing Team who took on the enormous challenge to raise awareness about ocean waste. The trio, who were self-sustainable throughout the entire trip, reached Antigua safely and were welcomed by friends and family after completing what’s dubbed as ‘the world’s toughest row’.

Watch: The trio safely reached dry land after battling the unknown of the Atlantic for over a month

Some background on the adventure…

The Arabian Ocean Rowing Team partnered with the United Nations Environment Program’s (UNEP) Clean Seas campaign, which works with organisations around the world to reduce marine littering and its negative impacts.

Arabian Ocean Rowing Team are using the ocean row and the global publicity it will bring to raise awareness about environmental sustainability, reducing marine litter, and protecting the oceans.

In the lead-up to the challenge, they visited countless schools in the UAE to raise awareness for the #BePartOfIt campaign which aims to raise awareness around ocean health and the need to build humanity’s relationship with the ocean.