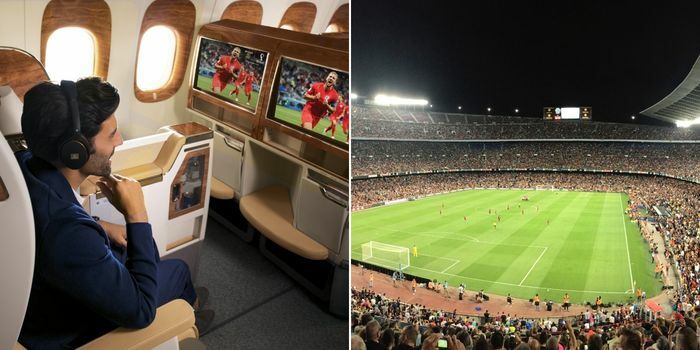 The FIFA World Cup Qatar 2022 kicked off earlier this week and it’s been a nail-biter. Each match had fans on the edge of their seat and so far it’s a great tournament.

Some teams have exceeded expectations like Saudi Arabia (congratulations to the team and the nation on their BIG win)!

Now the matches are every day and almost every few hours so it’s inevitable that you might miss a few games but if you’re flying with Emirates, you won’t miss a single thing!

Kicking off on 20 November, @emirates passengers will be able to watch all FIFA World Cup 2022™ on Sport 24 via Emirates multi award-winning inflight entertainment system (ice), including the highly anticipated final on 18 December. pic.twitter.com/0ZBX9LgFR7

Emirates Airlines announced that passengers can watch the matches on board

Turn the channel to Sport 24 via Emirates inflight entertainment system (ice) to catch all the World Cup matches including the highly anticipated final on December 18.

Dubai doesn’t want you to miss out on the action so even flights are showing the games – how cool is that?!