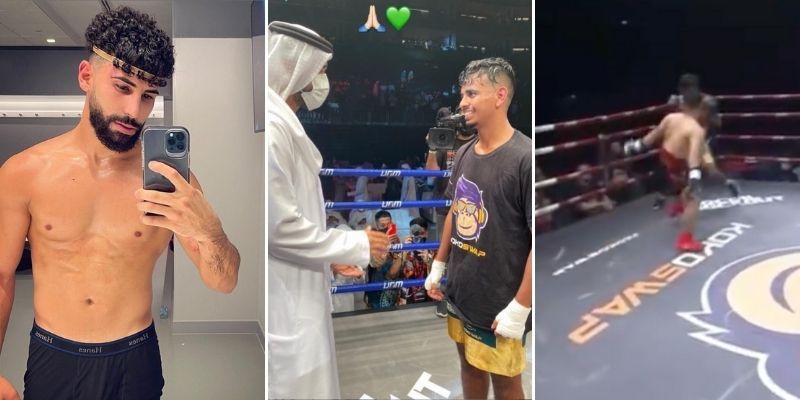 Social Knockout: MoneyKicks Won The Main Event As KSI Calls Out Adam Saleh After His Draw

Social Knockout proved to be a hit, with hundreds of influencers’ fans who came to the Coca Cola Arena to catch the BIG match.

Rashed Belhasa, aka MoneyKicks, stole the show by winning the main match against Anas Alshayb.

The big crypto-currency only match SOLD out and many events transpired, but it’s best we show you just how.

As with any boxing competition, the winners of that round was announced soon after!

Soon after, King Anubis and Hamza Yamadev were announced as the fighters for Bout 2

Performance breaks! After the first two bouts, Indian music sensation Gurundhawa and Boogie Wit A Hoodie each performed a few songs in between

The venue was jam-packed with excitement from the audience to the MMA fighters and YouTubers alike!

Even boxing legend Prince Naseem Hamed was amongst the crowd, watching it all unfold.

Bout 3 was the beginning of the YouTuber fight series, which started with Mohammed Khalid versus 3bidaan

…of course, his sister (one of the Middle East’s most subscribed-to YouTuber) Noor Stars was also present

Adam Saleh won the bout in a draw which led Sharks to announce post-match that he ‘clearly won the fight but they somehow called it a draw and robbed me,’ adding that it’s okay, since ‘everyone knows who the real winner is.’

The final match was between Rashed Belhasa versus Anas Elshayb – resulting in Moneykicks’ glorious victory!

The two had THREE rounds resulting in a draw, claiming MoneyKicks as the winner of the fight

…to which Saleh responded saying, “You don’t even know how to fight properly! I fought an actual fighter! I dare you to fight a real boxer your weight!”

Hmmm, do we see a future match on the way?

Only time will tell. 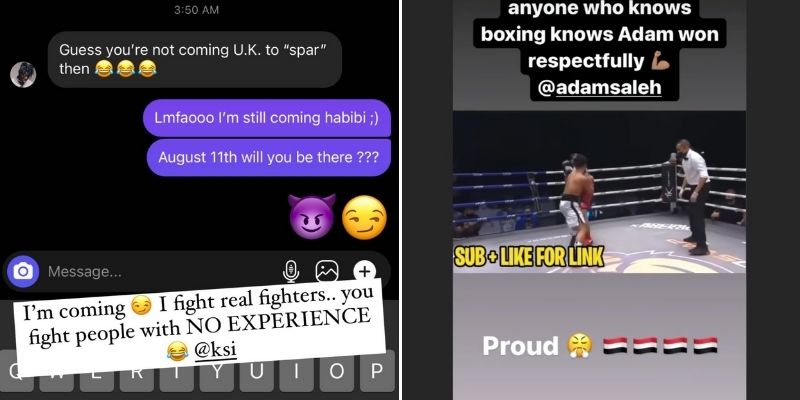