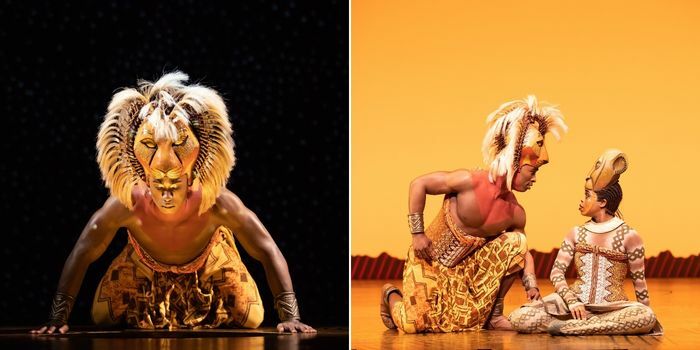 Hakuna Matata, what a wonderful phrase! The cast of the highly anticipated show was recently announced on The Lion King revealing the performers who will be playing the roles of Mufasa, Scar, Simba, Nala and Rafiki, bringing this remarkable tale of hope and adventure to the stage of Etihad Arena.

In response to the overwhelming demand for tickets, FIVE extra shows have also been added to the season. The curtain will rise for the first time on November 16 and close for the last time on December 10, with a quintet of evening shows now scheduled to take place at 8pm on November 22, 23, and 30, as well as December 6 and 7.

Disney’s The Lion King will make its Middle East DEBUT in Abu Dhabi this fall in November. For an entire month, fans of the much-loved Disney classic ​and Broadway fanatics have an unmissable opportunity to catch the award-winning best musical LIVE in the capital.

The show has been witnessed by over 110 MILLION fans since its launch 25 years ago and has won over 70 major arts awards since then. The stunning production has permanent residences in New York, London, Madrid, Tokyo, with international tours in cities such as Sydney, Taiwan, Singapore and Seoul.

Get your tickets exclusively through Platinum List, etihadarena.ae and tickets.virginmegastore.me

A post shared by The Lion King Abu Dhabi (@thelionkingae)

A post shared by The Lion King Abu Dhabi (@thelionkingae)

Brought to the UAE by Proactiv Entertainment

Get tickets exclusively through Platinum List, etihadarena.ae and Virgin Megastore. Royal and VIP tickets will be available on the floor offering the best view and most intimate experience.