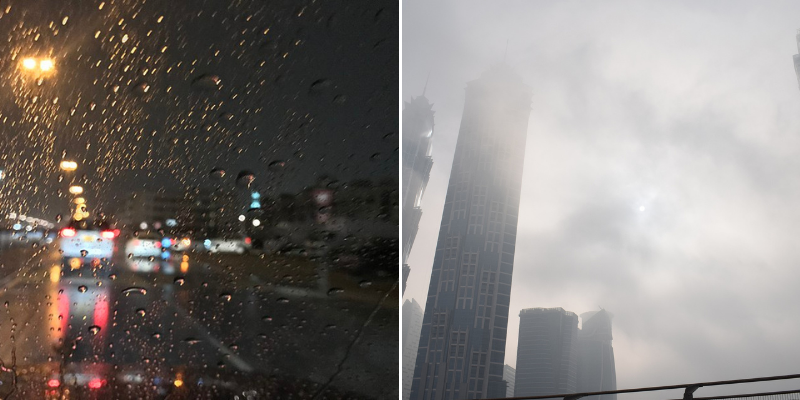 If you’ve enjoyed the rain on Friday, then guess what? You can expect more rain heading your way this week.

According to the Khaleej Times, the National Center of Meteorology (NCM) has said from today till the 6th, the country will witness a state of atmospheric instability. That basically means more rain!

Although it is not raining in Dubai ATM, light showers have been reported in neighbouring Ajman and Sharjah.

The NCM has stated that tomorrow and the day after, the weather will be cloudy over most areas of the country with showers of various intensities accompanied by lightning and thunder. Even hail is expected – in this part of the world that’s as rare as a blue moon.