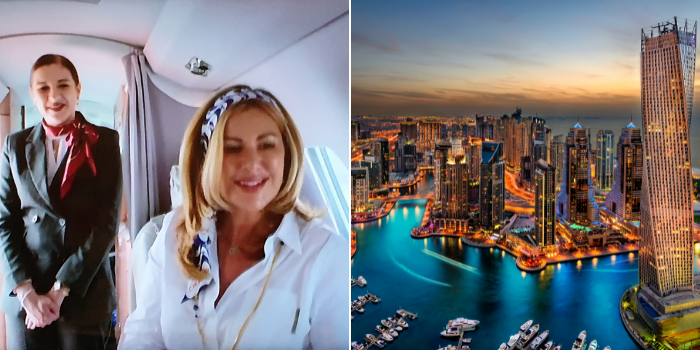 Another show about Dubai documents how the uber-rich live a VERY lavish life, and Twitter has new prey.

Inside Dubai is a BBC production that shows the extreme lives of the uber-rich. From private jets and megabuck mansions to number plates worth millions of dirhams, this show has it all. It documents a number of residents from all over the world who enjoy their lives here and it also shows a history of how British expats have lived in Dubai in various ways in the last couple of decades.

Twitter is quick to call the show out for misrepresentation of our great city, after all, we don’t all live insanely lavish lifestyles, but we still love to call this city home

There’s SO much more to #Dubia than #InsideDubai portrays. The BBC have showcased a number of vacuous expats who take vulgarity to a new level. These tone deaf Brits do not represent the real Dubai or the Emiratis. Rant over. https://t.co/Q0ZgT3m75v

The TV shows focus on residents who live the life of pure luxury beyond belief in Dubai, who can drop a couple of hundred k on a handbag, without a second thought

Who's the comedian playing Gaynor in #InsideDubai? She's so funny. No idea how she's keeping a straight face with these lines. pic.twitter.com/VCWfNd0daJ

The show is clearly designed to get a rise out of people. Very intentional in the way it's framed from the opening. Nuance is not it's aim. In the show you're either a super car driving, mansion owning multi millionaire or your a hard up overworked domestic help.

Others are quick to call out the sad contrast between the mega-wealthy and the poor, who live side by side

I'm a nervous flyer…so I have my face on my tea, private jet, 25 bags of food and fly in a pianist to play my favourite songs in the departure lounge.
This woman is hilarious and doesn't even know it.#insidedubai pic.twitter.com/86n6F2il7e

One Twitter user joined the #InsideDubai thread to show the ‘real Dubai’, massage cards and all

The real Dubai. The part they don't show you#insidedubai pic.twitter.com/185xgVXzI5

Have you watched the show? Let us know your thoughts in the comments