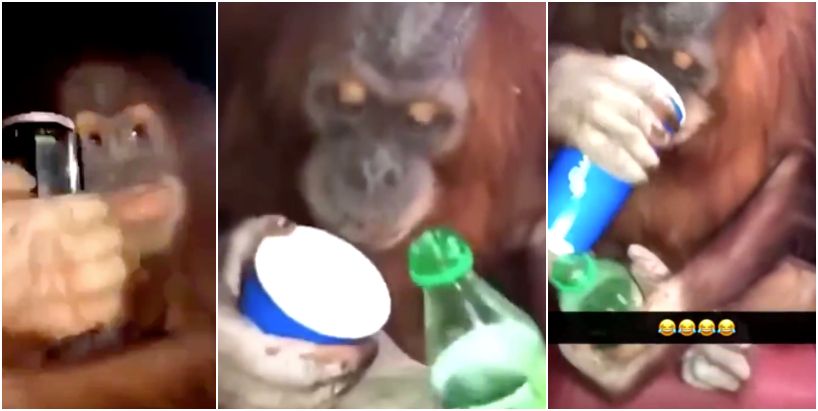 First reported by Daily Mail, a young group partygoers from Britain were captured feeding an exotic ape energy and soft drinks as they were cruising around Dubai in their Mercedes.

Reports claim that the group of men are from Birmingham and are currently enjoying holidaying in Dubai as the UK still remains highly strict on COVID-19 rules in fear of a second wave hitting the country.

The group seen in the viral footage (shared on Wednesday, September 24) have been heavily slammed by animal rights activists from Dubai and all over the world for feeding an orangutan energy and soft drinks!

The 10-second clip shows the orangutan washing down a banana with a can of Monster energy drink, and the group can be heard cheering him on as he gulps down the drink

This kind of behaviour could be proven as highly dangerous for those around the ape and for the ape itself. This is because if the orangutan goes into a hyper-aggression mode as a result of the sugary drinks this could harm those around it and could lead to the ape getting detained through no fault of its own. The excess sugar could negatively impact the animal’s health as well. 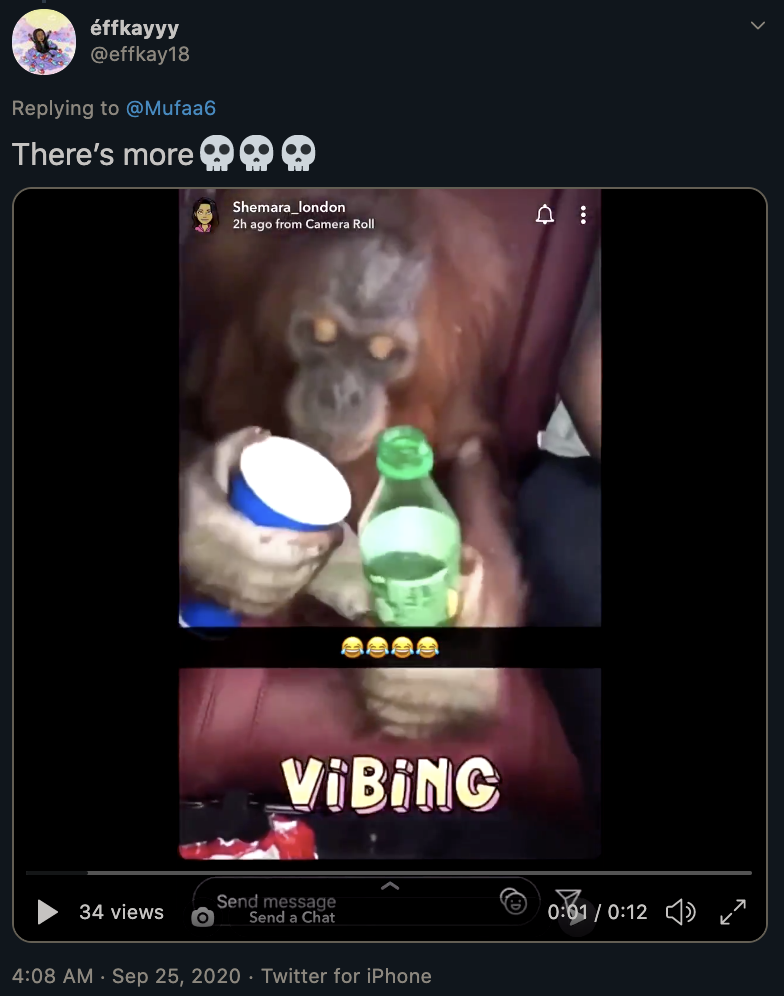 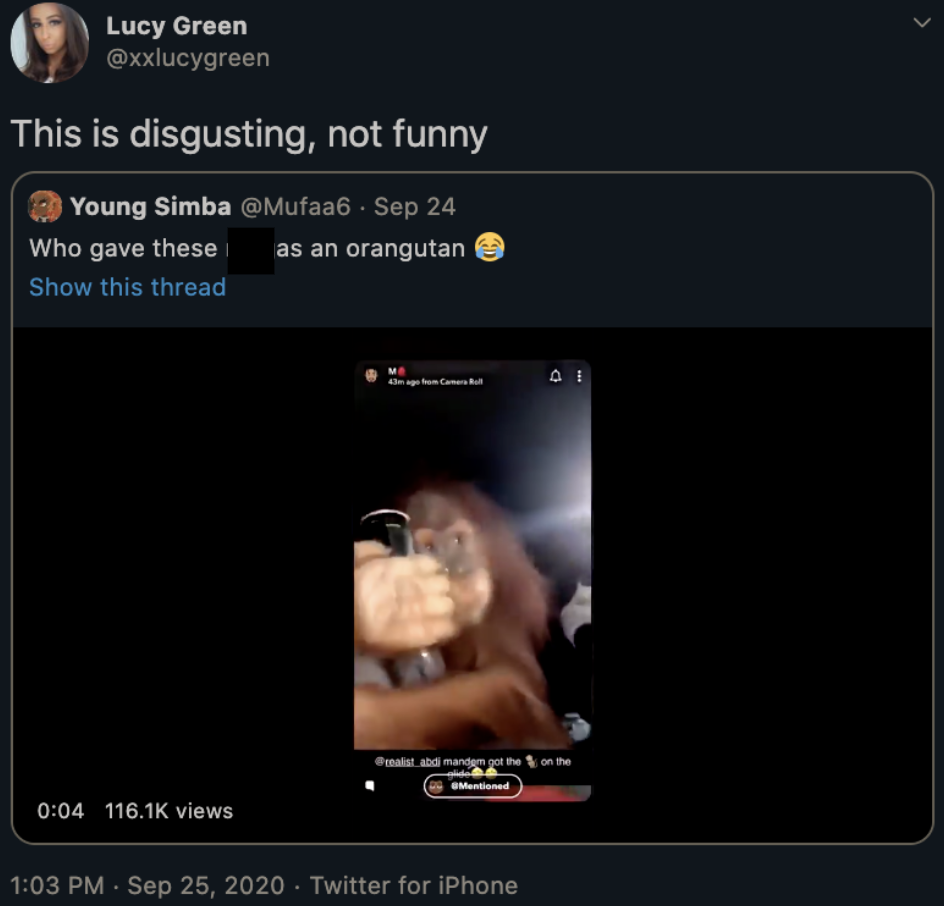 Reports claim that the man behind the video flew out from Heathrow in First Class and has since been vacationing at the Five Palm Jumeirah hotel.