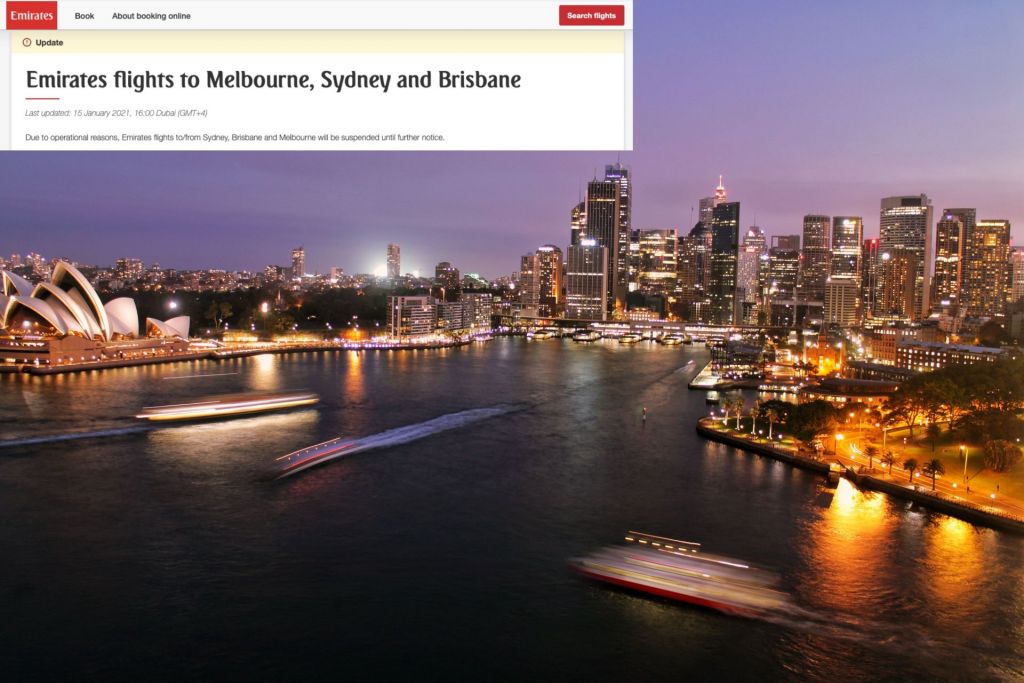 Emirates Airlines has suspended flights to South Africa from January 16 to 28. It has been announced that Emirates are also suspending flights to and from Australian cities, indefinitely. The cause is still unclear but Emirates states that it is due to “operational reasons.”

Emirates Airlines will halt flights to Brisbane, Melbourne, and Sydney 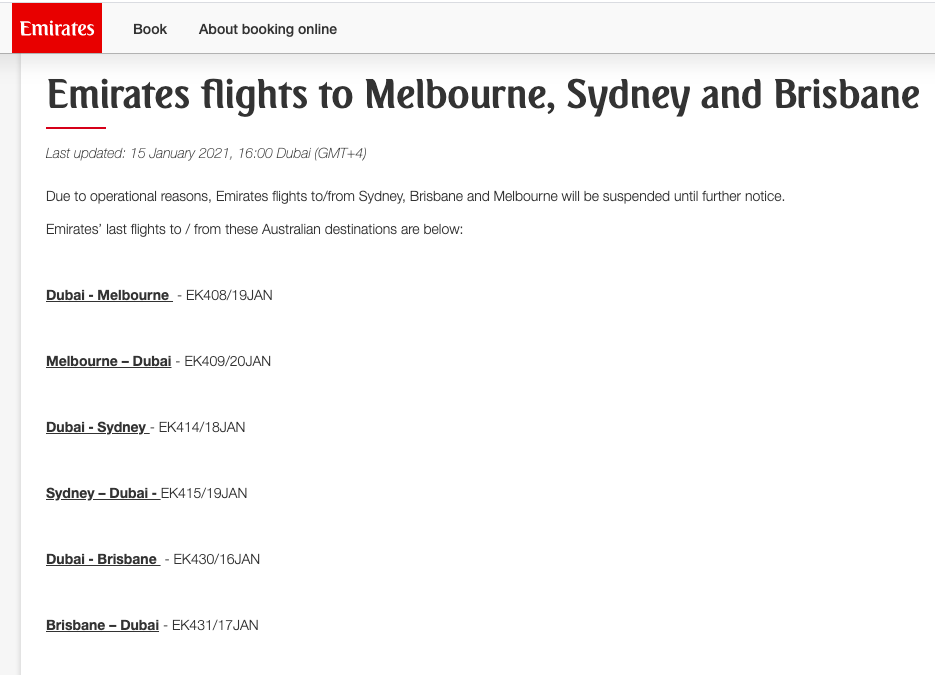 Customers with tickets to Brisbane, Melbourne, and Sydney will not be allowed to travel after the final scheduled flights to the cities. Those affected by this travel changes are advised to contact Emirates or their travel agent to rebook at a later date. The suspension of the flights are “until further notice.”

The final flights between Dubai and the Australian cities are listed below:

Due to Aus govt restrictions, Emirates has just now indefinitely suspended all flights to Melbourne, Sydney and Brisbane from 19/20 January, devastating thousands of Australian citizens trying to return to Australia#strandedaussies #abandonedaussies https://t.co/CvVsGngOoV

Total disaster for stranded Australians in Europe. Emirates has suspended all flights to/from Dubai and Sydney, Melbourne and Brisbane indefinitely due to recent national cabinet decision to lower the cap on international arrivals.

Now Emirates has cancelled flights into Australia, making it even more difficult for Stranded Australians to return home #bringaussieshome#removethecap#strandedaussies