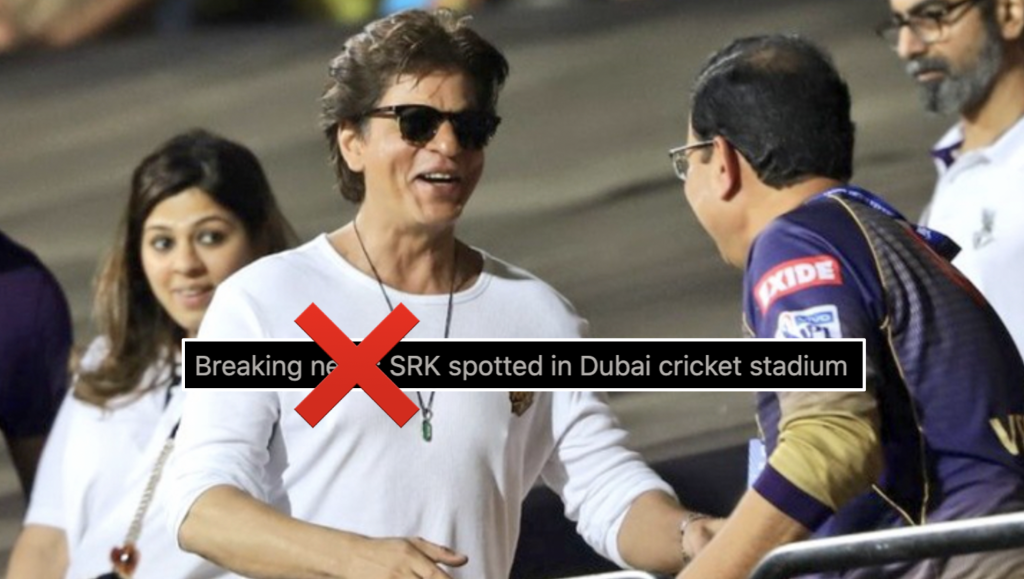 Calling It! A Picture Claiming That Bollywood’s SRK Is In Dubai For The IPL Tournament Is FAKE!

Okay so SRK is in Dubai but this viral picture claiming that Shahrukh Khan is in Dubai supporting his Indian Premier League (IPL) franchise, Kolkata Knight Riders is fake, fake, FAKE!

The tweeted pic claiming the actor was chilling at a Dubai stadium was taken back in April 2019!!!

When the Indian actor was making his way to meet and greet Sakshi Dhoni (wife of Mahendra Singh Dhoni AKA MS Dhoni).

This click was taken during the Chennai Super Kings (CSK) VS KKR match which took place at the MA Chidambaram Stadium in Chennai, India.

Plus, upon careful inspection, you can also notice the crowd around the actor which for the first half of the IPL tournament will NOT be there as a precautionary measure against COVID-19. 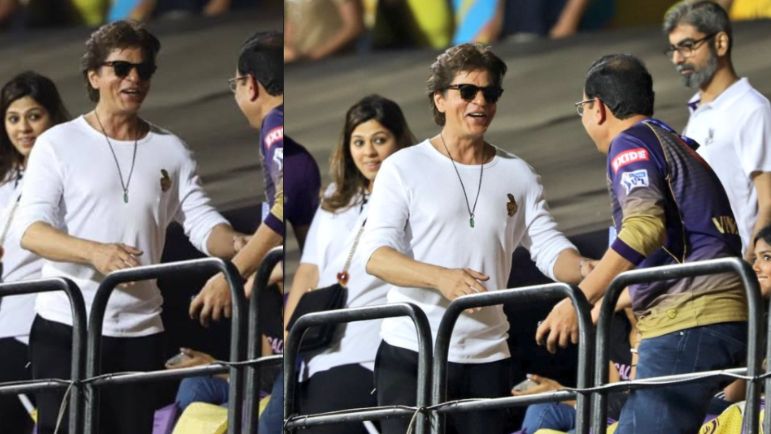 As for IPL in Dubai, the power-packed performances delivered by young cricketers thus far will surely be remembered till way after the IPL 2020 season has concluded!

The IPL 2020 is slated to be played from September 19-November 10 in the UAE across three venues, Dubai, Abu Dhabi, and Sharjah.