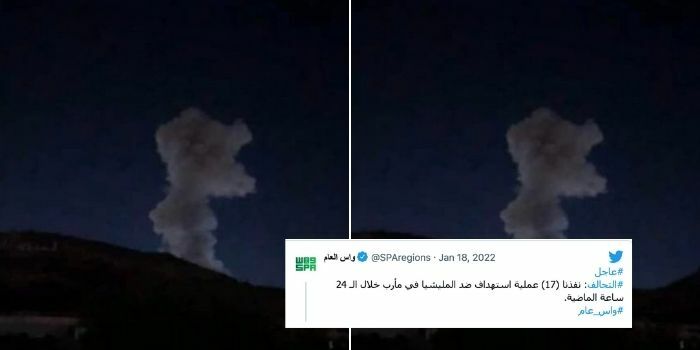 In the wake of the Abu Dhabi terror attacks, a Saudi-led coalition has led airstrikes on Houthi held locations in Yemen.

In 24 hours, the coalition has carried out 17 target operations, which destroyed 9 military vehicles and killed 80 terrorists.

The targeting destroyed 9 military vehicles, and 80 terrorists were killed

Nasraddin Amer, the deputy minister of information in Houthi-controlled Sanaa, said the Abu Dhabi attacks are in retaliation for the UAE’s “escalation” of the conflict in Yemen, according to The Washington Post

The letter condemns the Houthis’ targeting of civilians and civilian objects in flagrant violation of international law. It calls on the Council to unequivocally condemn the Houthi attacks with one voice.

It reads: “The United Arab Emirates strongly condemns the Houthis’ targeting of civilians and civilian objects in flagrant violation of international law,” said Lana Nusseibeh, Permanent Representative of the UAE to the UN. “The UAE expresses its condolences to the families of the deceased and wishes those injured a speedy recovery.