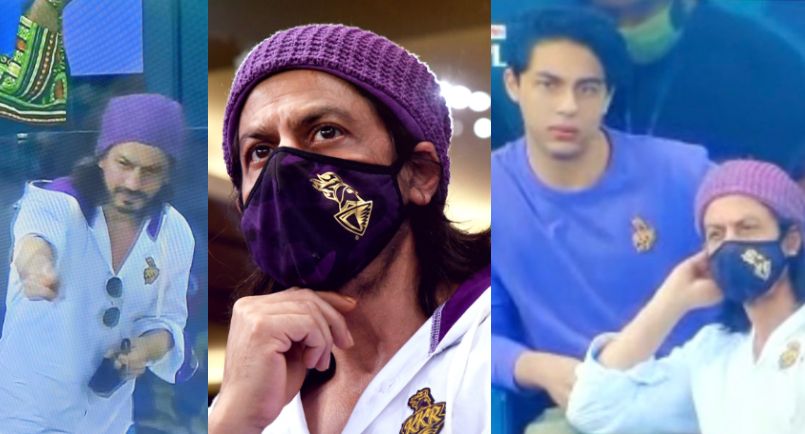 IPL 2020: SRK Fans Have A Field Day As They Spot The B-Town Actor Cheering On KKR At The Dubai International Cricket Stadium

After a bunch of fake and throwback pictures did rounds of the net, the official twitter account of IPL’s Kolkata Knight Riders shared a LEGIT click of Shah Rukh Khan cheering on the IPL team during the KKR VS RR (Rajasthan Royals) match from the stands at the Dubai International Cricket Stadium on Wednesday, September 30.

SRK who is also the co-owner of KKR was seen boosting the morale of the players from his team… which ultimately led to a big WINNN!!

Lucky mascot or not, SRK was surely on cloud 9 after KKR’s brilliant victory.

The B-town superstar’s chilled out ‘Don 2’ kinda hairdo, sported with a purple beanie and KKR themed outfit and mask left tweeps in a PROPER frenzy over the 54-year-old!! 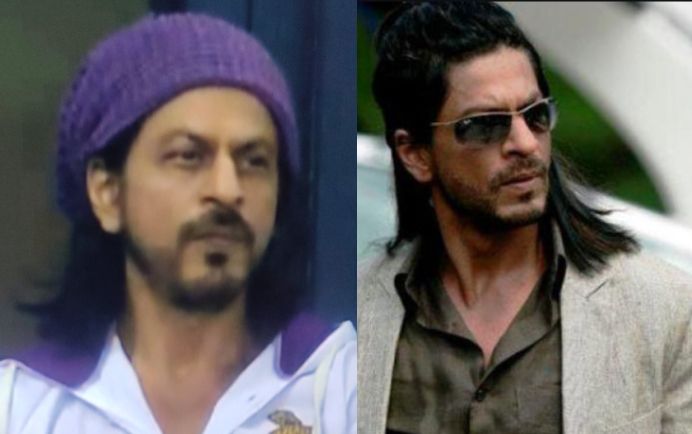 Just wait and WATCH SRK’s IPL long and laid back hairdo make a comeback this 2020!!

With KKR winning with 37 runs, the Indian actor has been unanimously deemed as the lucky mascot of the team and loving fans have even referred to the actor as their “favourite Knight is in the house!🔥”

Our lucky mascot, our favourite Knight is in the house! 🔥#RRvKKRpic.twitter.com/Fhx05bCPDw

Some more candid clicks of the actor supporting the IPL 2020 match in Dubai, cuz we know all you SRK diehards can NOT get enough of this iconic man!

Both legends, Sachin Tendulkar and Shah Rukh Khan congratulated KKR on the impressive win and complimented the young players for their efforts and spectaaaccc performances!

Now anything I would say about @KKRiders & the boys will mean nothing. The great man has spoken. Just so happy to see all in the team propping up the youngsters & making it count. Love you boys ‘lots of pyaar from a little afar’ https://t.co/T8irMiHJi8

Well, that and the hard work demonstrated by all the players from the IPL franchise.