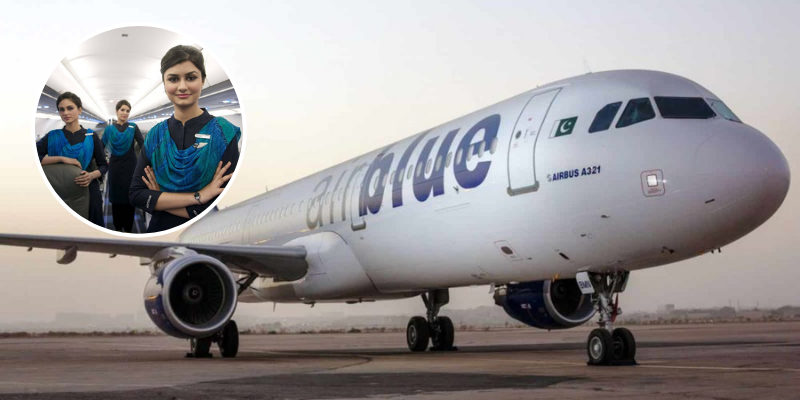 Pakistan’s largest private airline, Air Blue, has slashed the cost of domestic flights between Karachi, Lahore, and Islamabad. The new tariffs are being referred to be Pakistan’s lowest airfares. In fact, some individuals claim that the fares are considerably more AFFORDABLE than bus and rail tickets.

According to the Air Blue statement, the new fares have taken effect on Saturday, September 4th, 2021. Tariffs have been reduced by around 30 percent, making Air Blue the MOST economical domestic airline in Pakistan.

According to sources, the airline has established a new one-way ticket pricing of Rs. 4,847 from Lahore to Karachi and Karachi to Lahore. The airline has also revealed the actual cost between Islamabad and Karachi, which was previously set at PKR 7,000 one-way.

See the offer for yourself…

The airline stood back on its feet despite COVID-19

The coronavirus outbreak has harmed the world’s economy, particularly Pakistan, and the world’s leading airlines have shut down their operations during the pandemic. To compensate for these losses, corporations have offered different incentives and plans since the pandemic outbreak in the country.

Since the bus and rail price from Karachi to Lahore and Islamabad is several times higher, Air Blue has taken a crucial move by decreasing the fares. The company’s decision clearly highlights that the business is projected to grow.