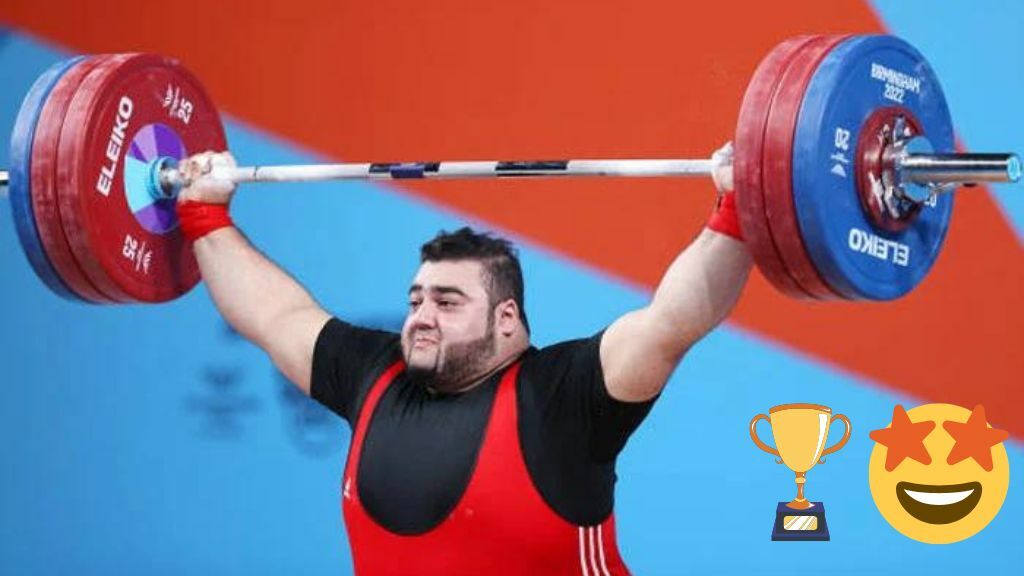 Another day, another achievement by our own countrymen. The ongoing Commonwealth games of 2022, in Birmingham, have the world wrapped around it. The players continue to bag their well deserved medals. Pakistanis have been engraving their names left and right on Commonwealth trophies. As they should! Among them, the most prominent figure, weightlifter Nooh Dastagir Butt has managed to win the first Gold medal for Pakistan!

Yup! You’ve heard us! The Gujranwala weightlifter has bagged the gold medal, in weightlifting, at Commonwealth Games 2022. He has done so by lifting a total of 405 kilograms- 173 kg in snatch and 232 kg in clean and jerk! How INSANE is that?! This is a CWG record! Butt also managed to bag bronze in the last games held in 2018. He also won silver for Pakistan last year in December. This consistent winning and progressing constantly towards the gold, starting from bronze, clearly shows how hard he has worked for it.

According to the Gold medalist, he currently cannot express his feelings. Butt said that he has been trying to win this game for the last seven years. “It was not easy for me to lift such a heavy weight. But, I pulled off doing it with hard work of 12 to 13 years.” Butt continued. “I dedicate this gold to my father, who worked for 12 years and helped me reach this stage.”

This is way too wholesome for us. I think we need a moment!

Moreover, Butt isn’t the only weightlifter in his family. Butt’s father was also an international weightlifter who has been training the gold medalist for years. Butt’s brother is also in the same sport and hopes to achieve big like his brother. The gold medalist dedicated his achievement to his father and thanked his family and friends for continuous support. With a huge support system, like Butt’s, and immense hardwork, the gold is no one’s but yours.

This victory, is undoubtedly, one of the best news we have recieved so far. And Pakistanis cannot be prouder for Butt. The gold medalist has been met with all the praises and congratulations from political and sport figures in Pakistan. Pakistan’s prime minister, Shahbaz Sharif, took to twitter to congratulate the one who made Pakistan proud.

It’s not everyday you get to be congratulated by DG ISPR. This is a BIG deal!

Pakistan’s skipper, Babar Azam, has announced a reward worth Rs. 2 million for Nooh Butt. Yup that’s right, a whopping 2 million rupees are in order for Butt. Babar Azam took to twitter to wish him congratulations and praise Butt for his insane victory.

Extremely proud of these superstars. All our athletes deserve proper structure, support and state-of-the-art facilities.#PakistanZindabad pic.twitter.com/XLOsusWzfo

Our skipper knows how congratulate doesn’t he?!

This insane victory over all the other countries deserves these praises that Butt has been receiving. We cannot feel prouder for Nooh Butt for what he has conquered and are ready to see what he has in store for the future. We wish him the best in his future endeavors. And with all this praise and reactions from Pakistanis, it is for sure that Butt will not be heading to future competitions alone.

Can’t get enough of achievements by Pakistanis? Well neither can we. Check out this article on First Pakistani Woman To Summit K2!