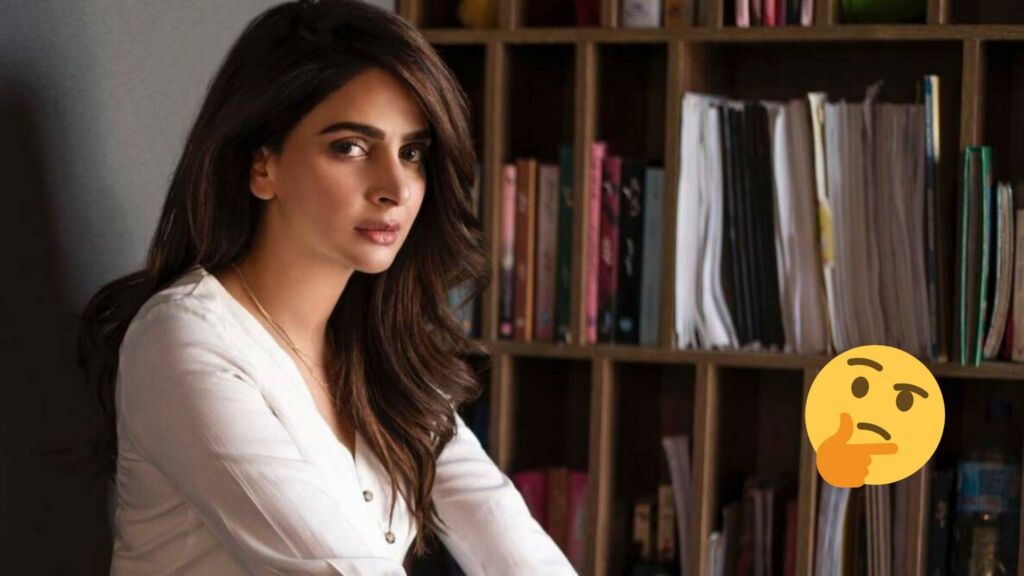 Pakistan’s one of the most versatile actress, Saba Qamar, reveals her plan to quit acting. Baaghi actress might be getting married and therefore might quit acting. And no one saw this coming!

That comes as a shock now doesn’t it?!

Hindi Medium actress recently sat down with Maliha Rehman at Gloss ETC where she announced that she might quit acting in future. Saba Qamar revealed that there is a guy in her life who she wants to marry. She said “lets hope for the best. I am happy to have a person in my life. He lives abroad but he is a Muslim Alhamdulillah.”

Baaghi actress expressed how she was terrified of the relationships but after meeting him she is not anymore. She said that wedding is not finalized yet but they will soon tie the knot. She also stated “It is my dream to perform Hajj with my partner.”

She said, “I’ll not continue acting after marriage because it will be difficult for me to manage both career and my married life at the same time.” She stated that she is a very loyal person and if she had to quit acting for her partner she will.

Saba Qamar recently starred in Kamli, that has taken over the hearts of Pakistanis. Saba Qamar has yet again proven to be a phenomenal actor in Kamli.

One twitter user could not help but praise the film by saying:

Just watched Sarmad Khoosat's film Kamli (starring Saba Qamar). Man, I haven't been this excited, nervous, stimulated by a film in a long time. Ridiculously hot and steamy first half, with a second half that'll break your heart. Khoosat has raised the bar ridiculously high.

When a movie makes someone revive their interest in movies, it is bound to be good.

After immense success of Saba Qamar’s recent movie Kamli, her decision to quit acting comes as a shock to everyone. Not just Kamli but her recent drama, fraud, has been successful in  gaining quite some attention. After more than a decade in the industry and the increasing fame of her projects, one might question her decision. Will she actually quit acting or will she simply go on a hiatus? Who knows…

Check out another dramatic sequence of how a tiktoker set fire, not just on tiktok, but also Margalla Hills.