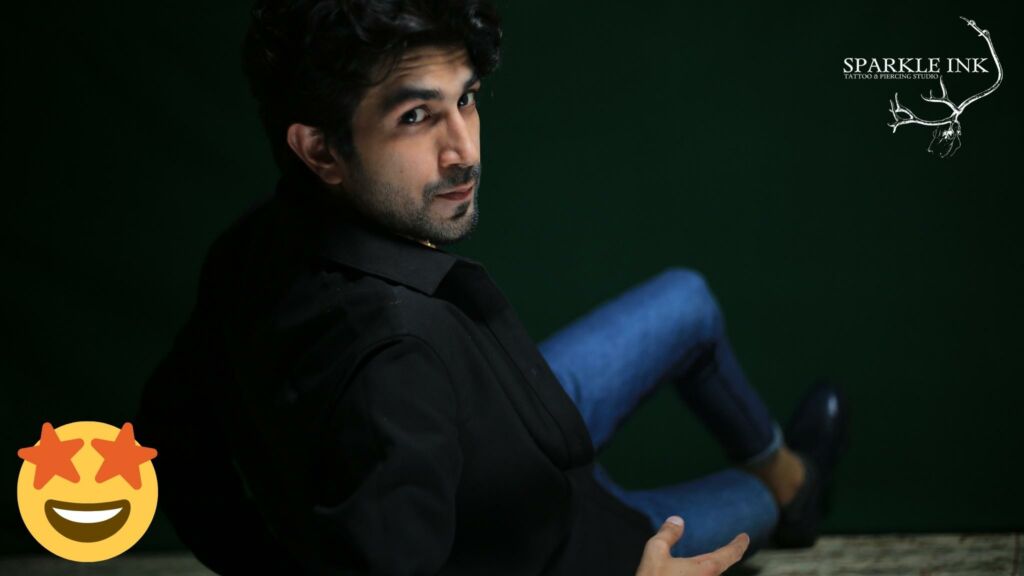 Islooites, sit tight because we are about to break one amazing news for you. Lahore’s favourite tattoo parlour, Sparkle Ink Tattoos, is FINALLY coming to Islamabad!!

Yup, this is your cue to start screaming in excitement!!

Sparkle Ink Tattoos is hands down one of the best, if not THE best, tattoo spot in Lahore. They have been in this business for as long as one can remember which is enough to know that they definitely know what they are doing. This insanely creative tattoo studio uses the best and hygienic equipment, that is directly shipped from China and USA. Yup, you heard it! Their first priority seems to be the health and satisfaction of their clients which makes them even better. Moreover, their tattoos are what draw people in to get them in the first place.

Check out some of the best designs that they have put out!

How INSANE are all of these fine line tattoos?!?!

This is definitely not all. Sparkle Ink Tattoos is exceptional when it comes to coloured or sparkle tattoos. And when we tell you that no one does better than them, we are being dead serious! Because check these out!!

Are you telling us that these talented tattoo artists are going to bless Islooites with their skills?!

If you think you have seen enough to recognize their talent, well then you are obviously wrong. Because if you are unaware of their INSANE tattoo cover-ups, then you haven’t seen ANYTHING!

Seriously now come on! If this is how they cover-up tattoos then let us get one regrettable tattoo! LOL

Islooites if this is increasing your temptation of getting a tattoo then worry no more. Because Sparkle Ink Tattoos are not going to take much time in expanding to Isloo. They have been working for quite some time and are finally ready to launch their services in Green Avenue, Islamabad. Yup!!

Now you don’t have to envy Lahoris because you can just get the exact same quality tattoo in Islamabad. Check out their appointment system to know more about the different services they have to offer and their price range, which let us tell you, is SUPER reasonable!

Not leaving a single tattoo lover behind! Love this for us!

We here at Lovin had an awesome session with the most talented, Faiez Usmani, who is the artist behind their insane work. He is the CEO and head tattooist who knows what he is doing.

According to Faiez, upon asking why he has chosen Islamabad to expand his tattoo spot, he has been in this business for 7 years now and with the branch being only in Lahore, he has seen a lot of customers travel all the way from Islamabad to get a tattoo. In order to make it convenient for their beloved clients, he finally decided that this time Sparkle Ink will travel for their tattoo lovers.

Moreover, Faiez knew that this was the right time to go ahead with the expansion plan after realising that Islamabad NEEDS them. According to the CEO, this gave him some extra motivation and he knew that this is now or never.

Since Faiez has been staying in Islamabad for this project, we went ahead and asked him what his favourite thing about Islamabad is. His response was what every Lahori’s response would be, which is that Islamabad is one of the most peaceful places in Pakistan. With less traffic noise as compared to Lahore, he further added that people are a lot nicer in Islamabad and has been enjoying it here.

This was a nicer way of calling Islooites burger. xD

Faiez further stated that the response has been “pretty AMAZING” in Lahore. He then went to add how, according to google statistics, Sparkle Ink is doing 354% better than others in Lahore. WOW!

He further added “khud ki tareef kar raha houn mein”. But hey the facts are still facts. You go Faiez!! He said that he is expecting the same response in Islamabad since people are already aware of Sparkle Ink! FAMOUS!

It seems like there is quite some fanbase of Faiez and Sparkle Ink in all over Pakistan. Guys we think we are welcoming a celebrity in Islamabad!

Since Saprkle Ink has quite a reasonable pricing as compared to others, this took us by surprise. We know that might have surprised you as well but don’t worry we asked Faiez the reason behind reasonable and generous pricing considering the amazing quality of their tattoos.

He stated how it is already pretty difficult to get a tattoo in Pakistan, with the extremists and hygiene issues, therefore, he did not want to make it any harder for the citizens. He wanted to provide clients with the same quality tattoos as abroad at reasonable pricing, and to keep them as professional as possible. According to him “paisa to ata hi rahay ga but we need to cater to our people”.

This is so nice! We think we need a moment really quick!

We all know how much of a hassle it can be when you decide to get a tattoo in Pakistan. Once you bring in the discussion of tattoos, you will almost always have people asking you if you are truly religious or not. We took this concern to Faiez and asked him how he deals with extremists. He said that he would rather choose to ignore than indulge in any kind of heated discussion.

However, he said that, if someone wants to have a genuine informational discussion then he would love to explain. He went on to explain how tattoos are inked within the second layer [aka the Dermis layer] of one’s skin, where it is hard for even acid to reach. As far as ablution or Wudu is concerned, it is important to clean off the first layer of your skin, not the second one.

Moreover, he said that one of his clients from Saudi Arabia asked her Imam whether tattoos are halal or haram. According to the Imam, if the tattoo does not have a face of a human or an animal it is all good. So there you go folks! Get that tattoo that you have been wanting to get.

To all the first-timers do not worry, we got you covered. We asked Faiez, for the sake of first-timers, how much pain one might have to endure and how he advises those who are confused about whether to get one or not. He explained how pain tolerance varies from person to person and that every individual has their own tolerance level. He added that a lot of clients would enter the tattoo shop expecting excruciating pain but end up having the smoothest experience. Tattooist GOT TALENT!

The advice that he always gives to those who are confused or hesitant, is to not get it at all. He explained that getting tattoos removed might require multiple sessions and since it is permanent, unless you get a cover-up, you might regret it if you change your mind. He said that he has covered up a number of tattoos, especially for those people who get tattoos of their significant other and then regret it after a breakup.

The takeaway here is to never get a tattoo of your partner!

We threw some spice in and asked him about his memorable experiences as a tattooist. Guys just a disclaimer, you might want to sit down for this because this is surely a ride!

He narrated how one time a client came into Sparkle Ink to get a tattoo with full protocol behind him. That was enough to startle Faiez but he expected him to pay good money considering he had an “entourage” behind him. After consecutive 7 hours of giving him a tattoo, it was finally time to ask him for the money. However, upon asking he said that he didn’t have cash and has to go get it from a bank. He takes Faiez with him to an ATM but the machine kept declining the withdrawal probably because he didn’t have any. He then proceeded to give Faiez a check to cash from a bank. Later on, when he went to get his well-deserved payment, guess what happened? The check bounced… There was no money!

This was a little “giveaway” story of Sparkle Ink!

After this spectacular session with Faiez we truly hope that you got to know the brilliant artist behind the amazing and very creative tattoos. We know for a fact that this definitely tempted you to get a tattoo from Sparkle Ink now that it is coming to Islamabad!

Why wait, when you can get one [or possibly more….] TODAY!