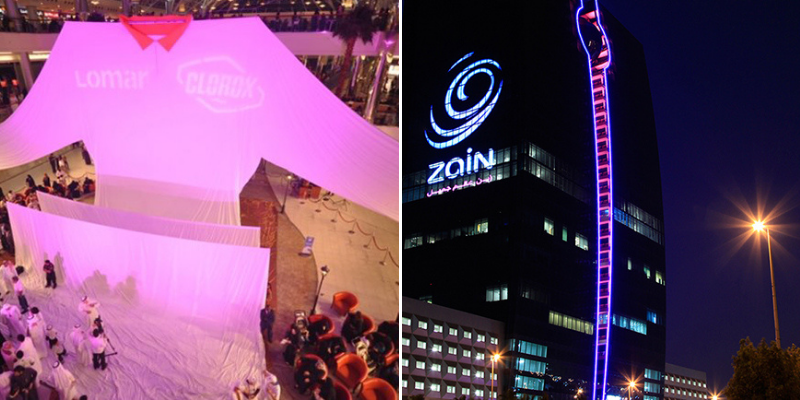 Although most world records are held in its neighboring country UAE, Jeddah has made a name for Saudi Arabia with holding these 14 records, in a variety of categories. 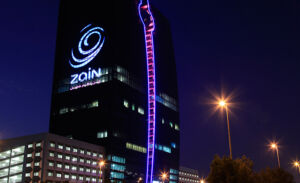 Almost 1000 square meters large, the LED screen is located at King’s Road Tower in the city.
21 floors on the north and south side, and and 16 floors on the west side, officially making it the world’s largest LED Screen.

2. Most Football Passes in 1 minute 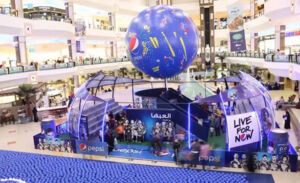 2 boys, Omar Mohammad Alzraiqi and Maged Qasem Al Qerbi beat the record for this category,
achieving 107 passes under a minute, at a local mall in the city. 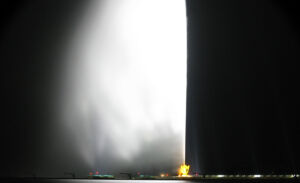 King Fahd Fountain gushes water at over 853 feet, beating the misconception of Gateway Geyser, located in America, as being the tallest fountain. 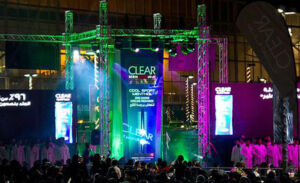 To promote their ‘Clear Men’ shampoo, the Binzagr Unilever Factory presented the world’s largest shampoo bottle.
Measuring at about 5.1 meters by 1.79 meters, it was displayed at a promotional event in a local mall back in 2012. 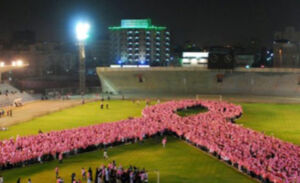 3,952 females gathered at a stadium in Jeddah to create this ribbon, in order to raise awareness for Breast Cancer.
They stood positioning themselves to make a beautiful aerial view of the official Breast Cancer pink ribbon. 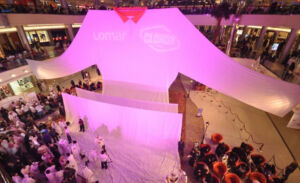 Local clothing brand Lomar, made the world’s largest tunic to promote their stores back in 2010. It measured to be 33.90 meters long and 18.50 meters wide in 2010.
Weighing 400kg, the tunic took 20 people about 2 months to make, and was later used to make 1,200 normal tunics to be donated to charity. 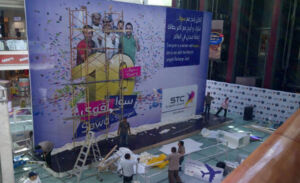 Back in 2012, at a SAWA carnival, the world’s largest scratch card was created by STC, to celebrate their
10th anniversary. It measured to be 11.92 meters wide and 7.57 meters tall was  revealed as a replica
of their official recharge cards. 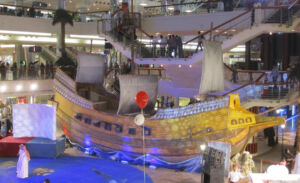 A group of professional artists gathered to build a 13.6 meter high, 18.4 meter wide, and 4.5 meter deep ship for the Jeddah Festival.
The ship was also displayed at the Red Sea mall. 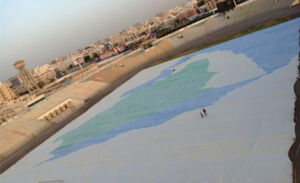 This painting was created as an oath to protect the country’s environment, by ENTEC, and measured 10,000 meters squared.
It was made to look like a map of Saudi Arabia, as a part of National Day celebrations, and took 1.2 million people to create. 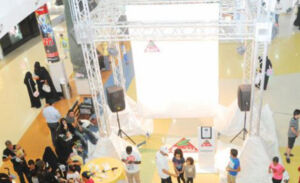 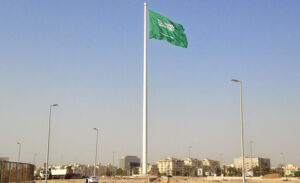 This flagpole rises about 170 meters high in Jeddah, and was hoisted on the 84th national day. It had beat previous record holder, Tajikistan, by 5 meters. 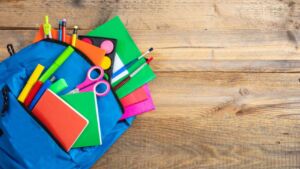 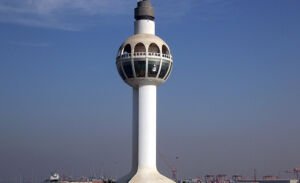 Known as Jeddah Light, this lighthouse is located at the end of the Jeddah Seaport, and measures about 133 meters high. The range of sight for the lighthouse is around 46 kilometers, and is simultaneously a control room for the city’s port and harbor. 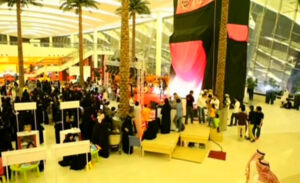 Considering how many records the city holds, it is only normal that Jeddah will hopefully increase them soon as the nation progresses!