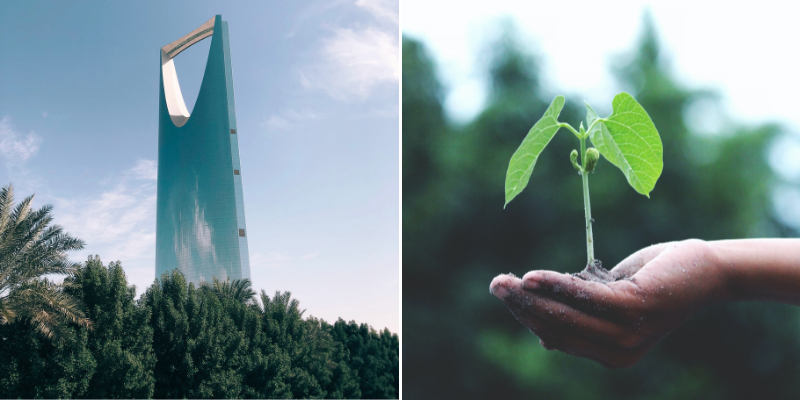 Despite an unprecedented raft of measures that Saudi Arabia has announced in the past month to tackle climate change,  critics in western media continue to write op-eds denouncing the kingdom’s efforts.

A closer look at what they’re criticizing will show how unrealistic demands made almost exclusively of Saudi Arabia are. None of the major oil producers who are parties to the Paris Climate Agreement have been singled out by the western media for continuing to produce oil, as Saudi Arabia has been.

The irony is that some of these very western countries where these media outlets are based have repeatedly asked for Saudi Arabia to increase its oil output as global oil prices surged.

Saudi Arabia’s official position has been that transitioning to renewable energy will take decades and the best way to tackle it is by creating a “circular carbon economy”. The idea here is to focus on innovative greenhouse gas capture, utilization and storage technologies.

But the kingdom didn’t stop there, they’ve announced that they’ll be net-zero by 2060. A Saudi cabinet minister went so far as to say that Saudi Arabia might meet the target sooner.

There are plans to plant 10 billion trees, and Saudi Aramco, the world’s largest oil company, has stated that it would be net-zero by 2050. Then there’s the Saudi Green Initiative program, which would include over $190 billion in investments!!!

When you read Saudi Arabia’s Vision 2030, you’ll notice how much emphasis the country places on sustainability and urban design that prioritizes green areas and renewable energy. But the western media (some of which have no correspondents in the kingdom) chooses to turn a blind eye to this.

Saudi Arabia is changing rapidly and those living here can testify to the emphasis being placed on going green. Electric vehicle manufacturer Lucid Motors which Saudi Arabia’s PIF holds a majority stake in has plans to set up production units in Saudi Arabia. A country sitting on the 2nd largest oil reserves on the planet is planning to transition to electric vehicles, this in and of itself is big. Regardless of what the naysayers say, Saudi Arabia is defining its own route to combat climate change, one that is both feasible and ambitious.