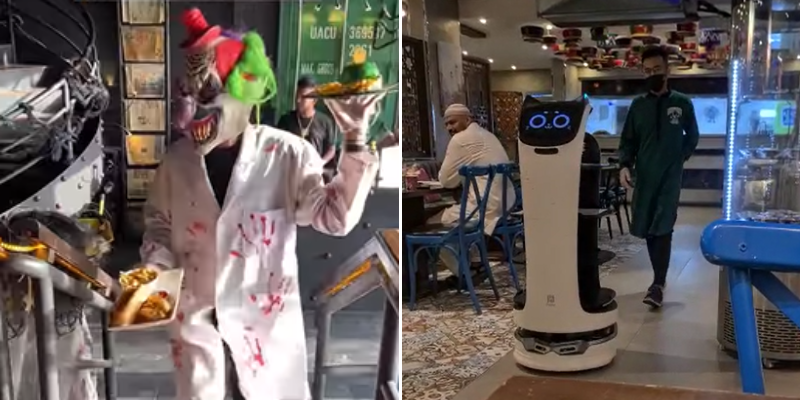 Jeddah’s dining scene is seeing new restaurants by the day. A lot of them are basically serving the same food that we’ve been having in a similar setting that we’ve grown accustomed to, but not all. A new wave of Jeddah restaurants includes some unusual, some quirky, and some downright weird. This list covers them all.

Coffee shops are one too many in Jeddah, and they virtually all have the same industrial chic design. But here, in the heart of Jeddah’s old town, lies this café that’s almost a museum of sorts. It houses so many relics and paraphernalia from the 20th century that it will take you down nostalgia lane. Plus, the café itself sits in a building that’s at least over a century old. What’s there not to love?

If you’re a fan of the American sitcom “Friends,” you already know what Central Perk is, if not, it’s basically the main hangout for the lead characters. Jeddah got its very own version of Central Perk not so long ago. It’s a place where you can expect good coffee, episodes of “Friends” being played on loop and a corner that resembles Monica’s kitchen to the dot.

Only the brave can afford to have dinner here. It has a spooky vibe all year, from kitschy to legitimately scary, especially the masks that the waiters don. It’s difficult to comprehend why anyone would consider having dinner in such a setting. But hey, people even come here with their kids, so yes, good food outweighs spookiness, probably. Talk about a dinner with a difference.

You’ll find yourself dining among lush greenery—so much of it, in fact, that it’s almost like you’re dining inside a plant nursery. The place is hugely popular, and you may want to reserve that table in advance to be on the safe side, especially on the weekends. It definitely helps that the place boasts extensive breakfast, lunch and dinner menus that are actually good—like, really GOOD!