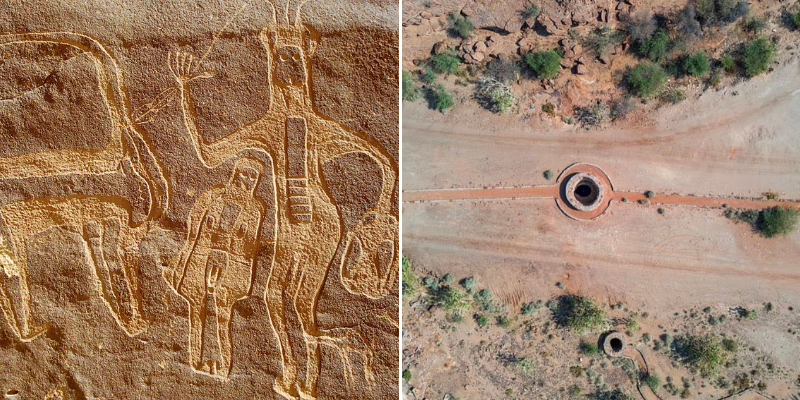 A few weeks ago, we were caught by surprise when another Saudi site (this time a lesser-known one) joined the prestigious list of UNESCO World Heritage Sites. The site was called the Hima Cultural Area and most of us hardly had heard about it. We at Lovin dug up on it and we came across interesting findings that show just how amazing our country’s heritage really is. Just to remind you of the tally, Saudi Arabia now has six UNESCO World Heritage Sites, with many more expected to join the coveted list soon as several feature on UNESCO’s Tentative List.

The rock art here shows cultural continuity of over 7,000 years!

UNESCO honored the Ḥimā Cultural Area in southwest Saudi Arabia for its rock carvings, which depicts plants and animals, as well as human activities, in its panoply of ancient art and writings. The site is located in a mountainous spot along an ancient caravan route. pic.twitter.com/bdlMdJx5dJ

Travelers through here left a wealth of petroglyphs and other inscriptions.

It is said to be the world’s oldest toll station.

The wells here are over 3,000 years old and surprisingly still have fresh water in them.

Someone from way back in history is waving hello here.

Ḥimā Cultural Area, belonging to #SaudiArabia, has been inscribed on #UNESCO‘s #WorldHeritageList during the Extended 44th session of the #WorldHeritage Committee (Fuzhou, China/Online). #44COM