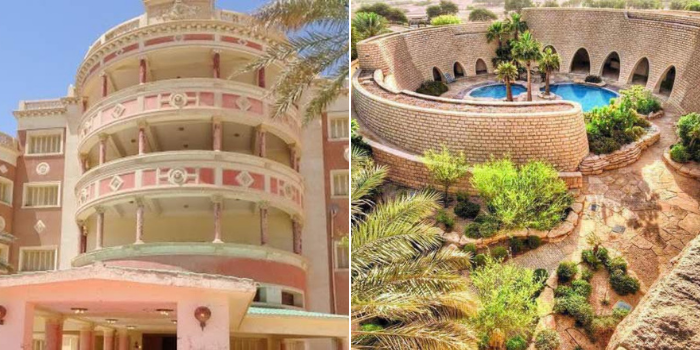 If there’s one thing that’s lacking in the hospitality sector of the Gulf region is that there’s a genuine shortage of heritage stays. But not for long, at least not in Saudi Arabia, as three historical palaces will be converted into ultra-luxury hotels!

Crown Prince Mohammed Bin Salman has launched a new hospitality brand yesterday called the ‘Boutique Group’. This group will be involved in converting and operating historical palaces as ultra-luxury hotels.

They’ve nailed down on three palaces for now, two of those are in Riyadh and one’s in Jeddah.

Built in 1943, the red palace was Riyadh’s first concrete and steel structural building. It has played host to numerous international leaders during its heyday including the likes of Gamal Abdel Nasser, Shukri al-Quwatli and Jawaharlal Nehru. The Red Palace will have 25 guest rooms and 46 luxury suites – all with personal butler service.

Unknown to me until now. The Red Palace in the heart of #Riyadh, built by King Abdul Aziz for his son Saud (later King Saud) in 1945, who lived there until 1957. Then the HQ for the Council of Ministers (until 1988). Open to public until 20 April @blueabaya @MOCSaudi @CICSaudi pic.twitter.com/IGZCaZ6t4M

Tuwaiq Palace is one of the most iconic structures in #Riyadh and the #DiplomaticQuarter. In 1998, the palace was awarded the Aga Khan Award for Architecture pic.twitter.com/pc8PXp8uDE

Located in a plush locality of Jeddah, the palace is one of the most pleasing structures in the city – the kind that you won’t be able to take your eyes off. It will house 33 luxury suites and 44 private villas, all with a personal butler service of course.