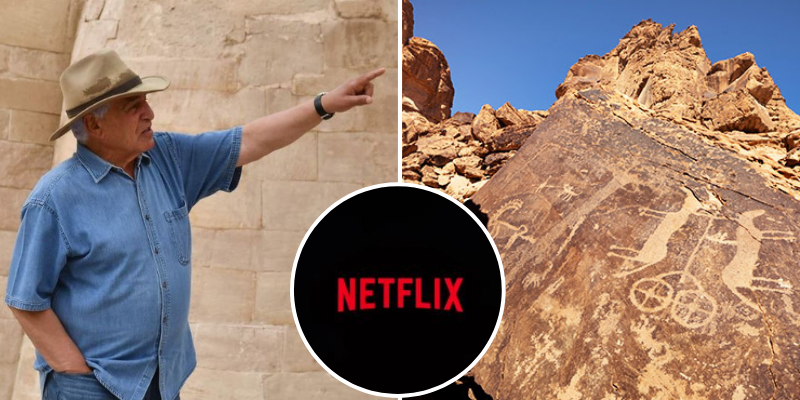 The former Egyptian Minister of Antiquities ,Dr. Zahi Hawass is currently working on the coolest project ever to introduce Saudi’s history and heritage to the world, via Netflix. He had visited the Kingdom for around a week, and constantly praised the nation for its rich history embedded in its UNESCO heritage sites.

One of the most unique places known as Jubbah will be featured in the documentary which contains several rock drawings, castles, and Thamudic art dating back to the stone ages

Dr. Jasser Al-Harbesh, the head of the heritage body of the Saudi Ministry of Culture and Zahi Hawass met regarding the start of the excavation project at Ramses III site in Saudi Arabia. Zahi Hawass with “some clones that represent prehistoric traces discovered in Saudi Arabia” pic.twitter.com/tpqt3Mgimi

The minister also pointed out that the Kingdom covers the largest amount of land on the Arabian peninsula which hasn’t been discovered to its full potential. He has even found links between late Ramesses, who ruled Egypt back in the 1000’s, which will soon be featured on this upcoming Netflix official.

Definitely can’t wait for this.