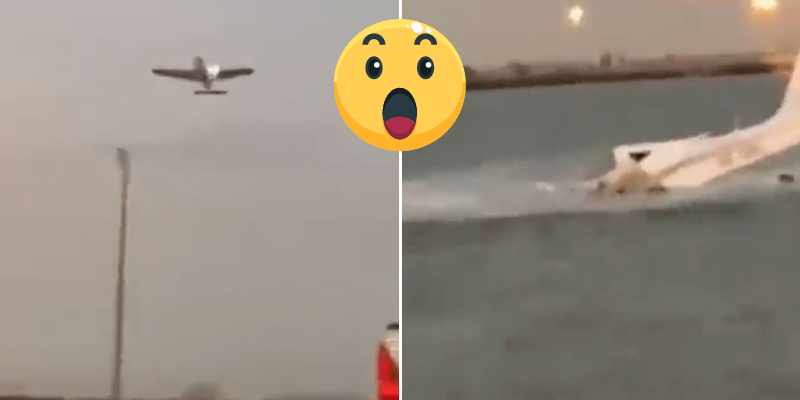 The incident occured near the Aviation club on Friday afternoon, with the plane falling around 30 meters deep into the sea. A resident captured the incident on camera, which instantly circulated all over Twitter.

The pilot was rescued safely and was taken to a nearby hospital for assessment, as the plane had been severely damaged

Investigations are underway to find out the reasoning behind the random crash, as the region’s Aviation Investigation Bureu announced the plan to research further into the cause and details of the incident.