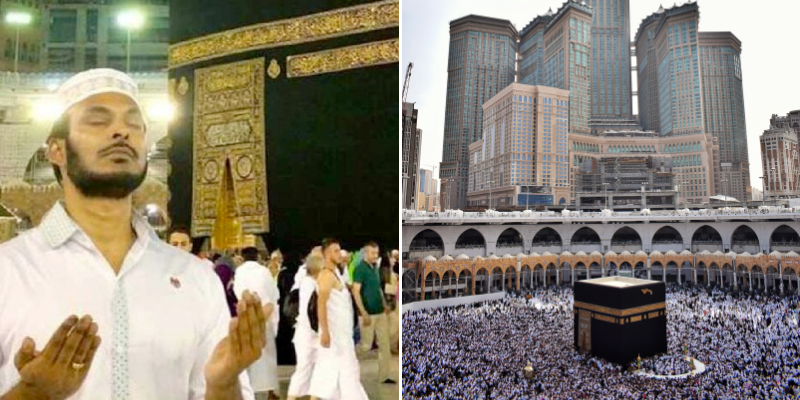 An Indian-American YouTuber Ravi Prabhu has made shocking claims on his YouTube channel about entering Makkah. To further prove his point he posted a photo that shows him standing next to the Kaaba with his hands raised in prayer in a recent Youtube Live stream.

Claims on a YouTube Live stream would normally go unnoticed but not for a person like Prabhu who’s got 600,000 plus subs on the platform.

Twitter, however, was unimpressed and demanded that he be punished for breaking the rule prohibiting non-Muslims from entering Makkah.

Prabhu further said in another video that he was asked to recite verses of the Quran at the checkpoint which he aptly did.

Following the criticism he received, Prabhu has stopped addressing his visit to the city.