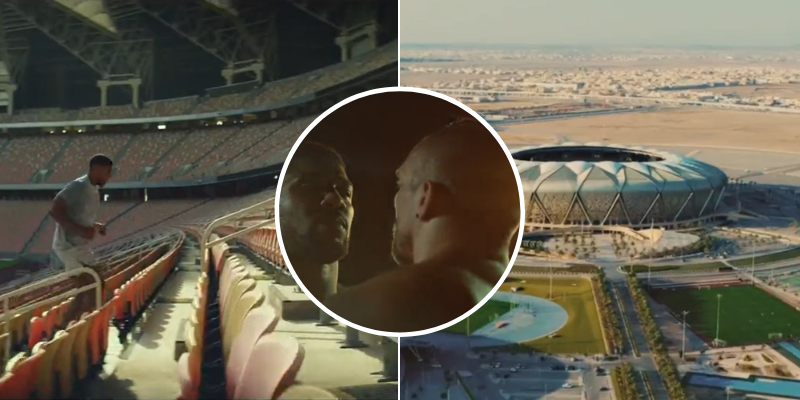 Anthony Joshua and Oleksandr Usyk’s heavyweight showdown is less than two weeks away and the city is brimming with excitement as the day comes closer.

Joshua is attempting to reclaim the WBA, IBF and WBO championships that he lost to Usyk at the Tottenham Hotspur Stadium last year.

The fight is scheduled to take place at the King Abdullah Sports City in Jeddah on Aug. 20.

A promo video of the fight featuring the two was shot right here in Jeddah and was helmed by Dominic O’Riordan.

The video features an overdose of Hijazi culture, shots of both boxers putting in the hard yards and of course Jeddah’s picturesque Al Balad.

Joshua shared the promo video to his 14 million plus followers on his IG account.