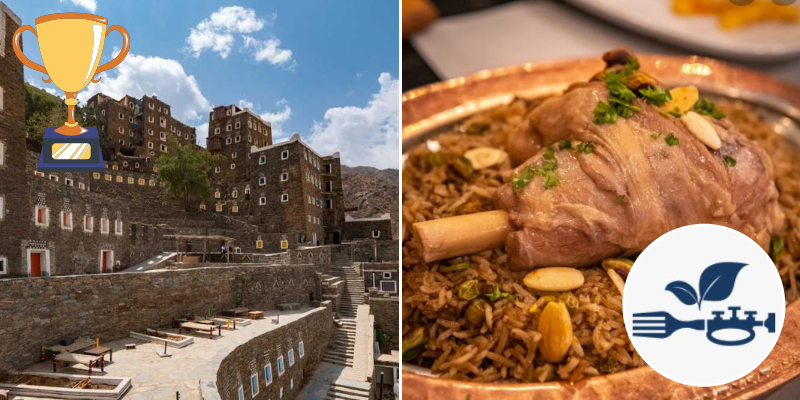 The Aseer region (Saudi Arabia) will be officially awarded the title of World Region of Gastronomy 2024 by IGCAT. 🙌🙌🙌🙌https://t.co/z7L4P1XIG1

The World Region of Gastronomy award is usually awarded to cities residing inside the European continent. Asir’s rich cuisine however completely changed the game making it the FIRST non-European region to recieve this prestigious award. The jury of IGCAT were very impressed with the region’s efforts to support local cultural and food diversity. Asir stood out for regional biodiversity and environmental protection, along with success in preserving their heritage and traditional knowledge. The younger generations of Asir were also recognized for their inspiration to create innovative products and services to attract sustainable tourism.

In recognition of its world-class culinary heritage, @IGCAT2 has awarded the #Aseer region with the title of ‘World Regions of Gastronomy 2024’ becoming the first region outside of Europe to win the accolade.#SaudiVision2030#RegionsOfGastronomy#SaudiCulinaryArtsCommission pic.twitter.com/Bjfsni3p6O

Several other partner companies in the Kingdom like the Asir Development Authority, Soudah Development Company, and Bunyan for Training all collaborated together to achieve this win. The award will officially be given by IGCAT President Diane Dodd, on September 24 in Torino, Italy.