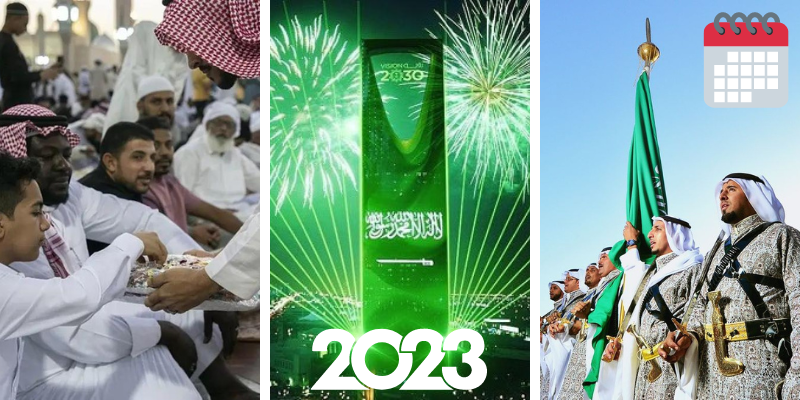 Saudi Arabia has quite a few dates marking special celebrations around the Kingdom. From the newly announced Founding Day, to the long Eid breaks this list of holidays is definitely worth keeping handy to remember when to plan that family vacation 🙌 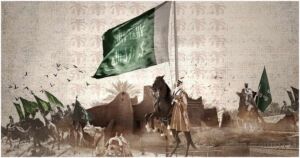 This iconic holiday celebrates the beginning of the fifth century, when the Banu Hanifah tribe settled in the center of the Arabian Peninsula 🙌  This special day comes along on a Wednesday this year. 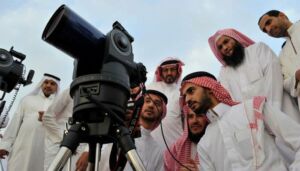 This is the first Eid celebrated by Muslims to mark the end of the holy month of Ramadan. The celebration lasts for three days and falls on Friday to Monday this year. The dates are confirmed once the crescent of the islamic month of Shawwal is sighted 🌙 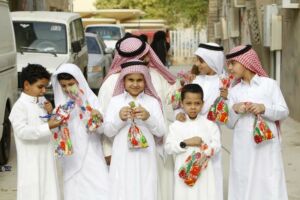 This event marks the second Eid celebrated by Muslims across the Kingdom which unlike Eid Ul Fitr, features the sacrificing of animals including Camels, Cows Goats, etc. People also distribute gifts among children in the community, and dress in their best new clothes ✨ 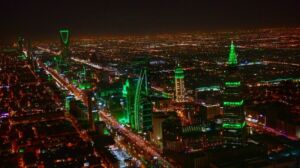 This special day celebrates renaming the Kingdom of Nejd and Hejaz to the Kingdom of Saudi Arabia by a royal decree of King Abdul Aziz al-Saud in 1932🇸🇦 You can see the streets of Riyadh, Jeddah, Khobar, and others totally light up in green with the most beautiful display of fireworks.