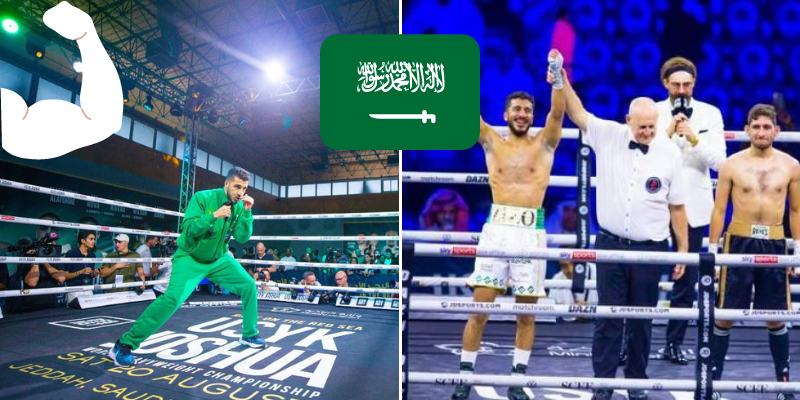 In his Rage on the Red Sea debut, Saudi boxer Ziyad Almaayouf took the win against opponent Alfredo Alatorre

This is the first win Ziyad, more popularly known as Zizo, has gotten in the pro leagues. He defeated Alatorre with an outstanding BIG knockout on the first-round KO.

Boxers from other countries like the UAE, USA, Mexico, France, China, and many more have gathered to parttake in the matches. This was a BIG win for Zizo, who has definitely made Saudi proud!