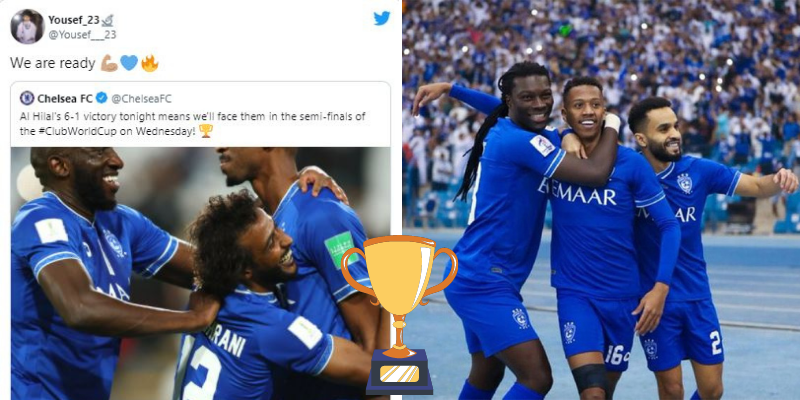 People are posting their pride and support for the Riyadh team making it this far in the club world cup, currently being held in Abu Dhabi. Turki Al Sheikh also took to Twitter to post a video of his constant support for the national team.

Second striker to the Al-Hilal team, Moussa Marega, displayed his gratitude for the continuous support of fans and is fully motivated to move to the semi-finals

Fans also took to twitter to support the team, eager to see who ends up in the final match.

The matches are currently being held in the United Arab Emirates for the first time, in two stadiums from February 3rd up until February 12.