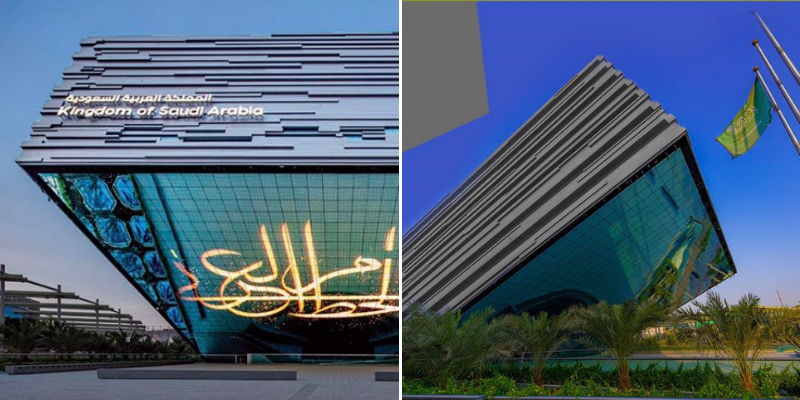 With Saudi Arabia having designated 2022 to be the “Year of Saudi Coffee” visitors to the Saudi pavilion at the expo are in for a treat.

The visitors are getting to sample a huge variety of Saudi coffee beans including the prized Khawlani beans.

In a time long before coffee became the morning staple and people lined up outside of Starbucks for their mochas and lattes, it was here in Arabia that coffee was an integral part of the culture. It is believed that coffee was first roasted in brewed in southern Arabia way back in the 15th century. There’s even a town called Mocha in Yemen by the way – cool name, huh?

Coming back to the pavilion, other coffee-related attractions include a short film that delves into the importance and prestige of coffee in Saudi society, as well as its various sorts, flavors and tastes since these types reflect various regions of the Kingdom.

The Saudi pavilion is proving to be quite the success as the pavilion continues to be one of the biggest draws at the expo as it received over 2 million visitors in the first three months.

Speaking of the Saudi pavilion, have you seen this incredible promo of it on the Burj Khalifa?

Dubai’s Burj Khalifa lit with Saudi images on the occasion of #SaudiDay at #Expo2020 :star-struck::flag-sa:#KSAatExpo2020 pic.twitter.com/qAyFanlNyo