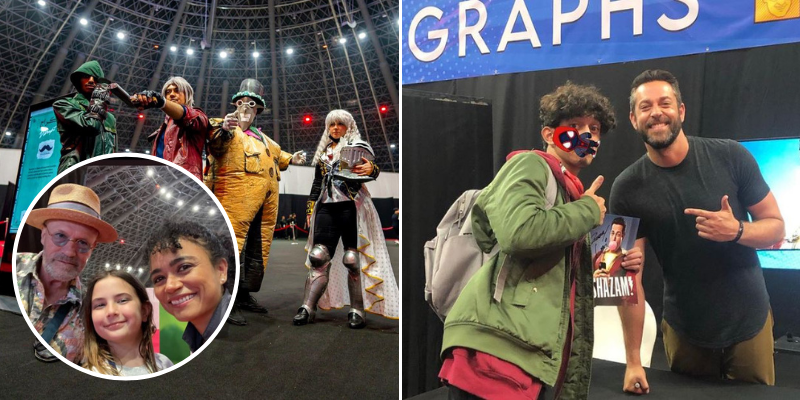 Big stars have made it to Jeddah for Stan Lee’s Super Con which includes famous faces from ‘Avengers,’ ‘Guardians of the Galaxy,’ ‘Arrow,’ ‘Shazam,’ and many more

Comic fanatics got to dress up as their favorite characters and flock to Jeddah’s Superdome to enjoy their fan moments at the Stan Lee Super Con, in honor of the famous comic writer. Some were seen in Harry Potter outfits while others channeled their inner superheroes such as Batman, Superman, and Spiderman. Howver, it wasn’t only a bunch of comic fans gathered around, but some of the biggest Hollywood stars made it to this event and are LOVING their time here.

Tony Stark’s Daughter, Lexi Rabe, from Avengers Endgame even made it to this event and gave fans the ultimate movie moment with an ‘I love you 3000’

Other stars praised Saudi Arabia for its progression in the movie industry, as reported by Arab News. Lauren Ridloff, better known as Connie in “The Walking Dead,” said that Jeddah’s Super Con was her first time at the event, and that too in the Kingdom: “I have to say it is amazing just to be here, I never thought my first comic-con would be in Saudi Arabia, and it’s been such an awesome experience. I loved meeting the fans yesterday, and everybody is so warm and open.”