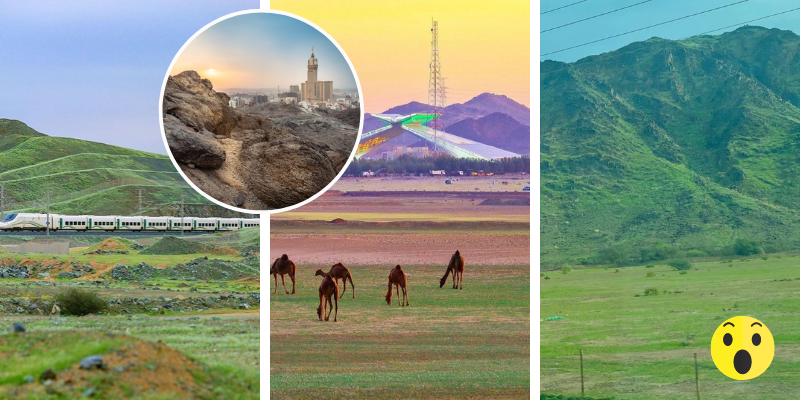 Makkah witnessed quite the heavy rainfall these past weeks, and people were posting all about it. Pilgrims in Haram got to enjoy the cool rainfall as it poured down on the Holy Kaaba.

What was formerly dry sand and desert, has now become green valleys of fields and beautiful green mountains!

Video: Mountains in Makkah covered with greenery after the recent rains.. pic.twitter.com/oHDpaVpgwl

The mountains turn to green after recent rains in Makkah-Jeddah. pic.twitter.com/tT6tq771qq