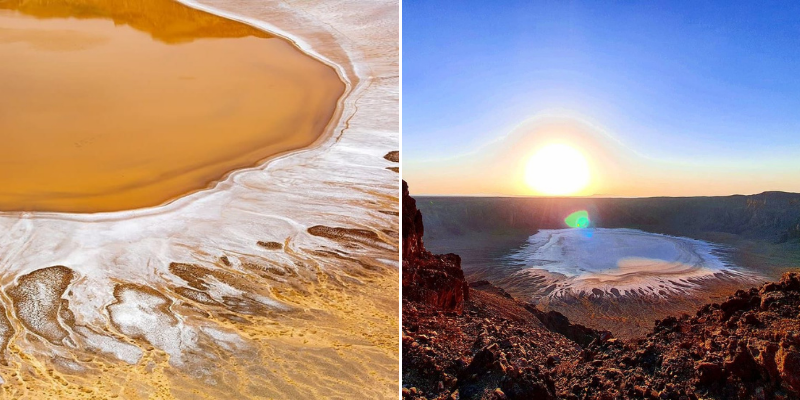 Did you know Saudi had volcanoes? Well, Al Wahbah is home to a 4km volcanic crater just a few hours from Jeddah.

When visited at peak noon, the crater looks like a magical halo.

Get the location below, and visit with your friends and family.