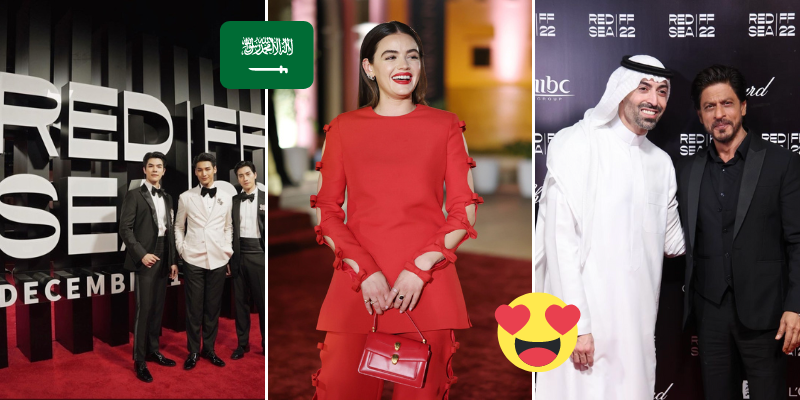 The iconic festival of the year was back for another year of success on the big screens, and not to mention the major inflow of some of your favorite actors.

From Bollywood favorites like Shah Rukh Khan, Kajol, Akshay Kumar and more, to Hollywood’s finest Lucy Hale, Henry Golding, Michelle Rodriguez and many more, all lit up the red carpet for the second edition of the Red Sea Film Festival.

Lucy Hale looked absolutely stunning for her debut at the festival 😍

Bruno Mars lit up the stage for the hundreds of attendees and fans that enjoyed his live performance. However, apart from all the fun and entertainment at the event, the outfits were also totally top-tier. Famous faces got to showcase killer looks all done by Saudi’s finest designers.

Jomana Al-Rashed, known as the first Saudi woman to be appointed CEO of the Saudi Research and Media Group, was also spotted wearing Saudi label Loodyana. It was quite the eventful weekend for Jeddah, and all these pictures definitely prove it.