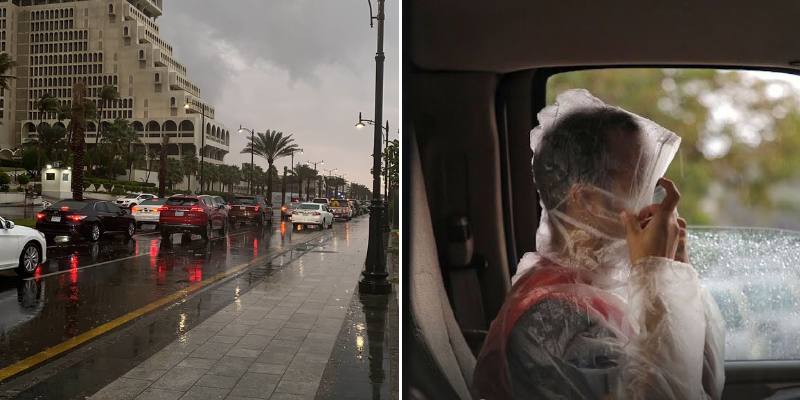 Yesterday’s downpour continued for hours on end, and many were actually wondering if they’d ever seen anything like it. Turns out, nope, they haven’t, as yesterday’s rainfall in Jeddah was the highest on record, as per the spokesperson for Saudi Arabia’s National Center for Meteorology, Hussein Al-Qahtani.

According to the monitoring stations at the centre, the rain on Thursday lasted for almost eight hours, from 8 a.m. to 5 p.m., and totaled 179.7 millimetres of water.

That means the downpour was bigger than the 2009 rains that are etched in almost every Jeddahwis memory.

The police forces and other government departments went into full swing throughout the day, with many working late into the night to get the city back to normal.