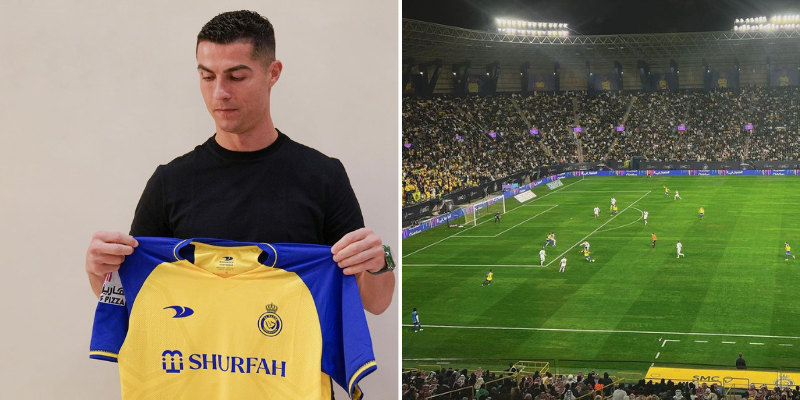 Cristiano Ronaldo is the most followed person on Instagram, boasting a huge 527 million followers. Those Instagram followers of his seem to be spilling over to Al-Nassr FC’s social media accounts. The IG of Al-Nassr FC shot up from less than 1 million to over 5 million in just over a day.

Ronaldo’s move signals one thing for sure, and that is that Saudi football will never be the same again. Talk about the Ronaldo effect!

This photo of Ronaldo holding the Al-Nassr t-shirt garnered close to 30 million likes.

Ronaldo will be earning an estimated $200 million per season at the club, making him the highest-paid footballer in history. Al-Nassr seems to be reaping the benefits of the signing already at least in terms of brand value.