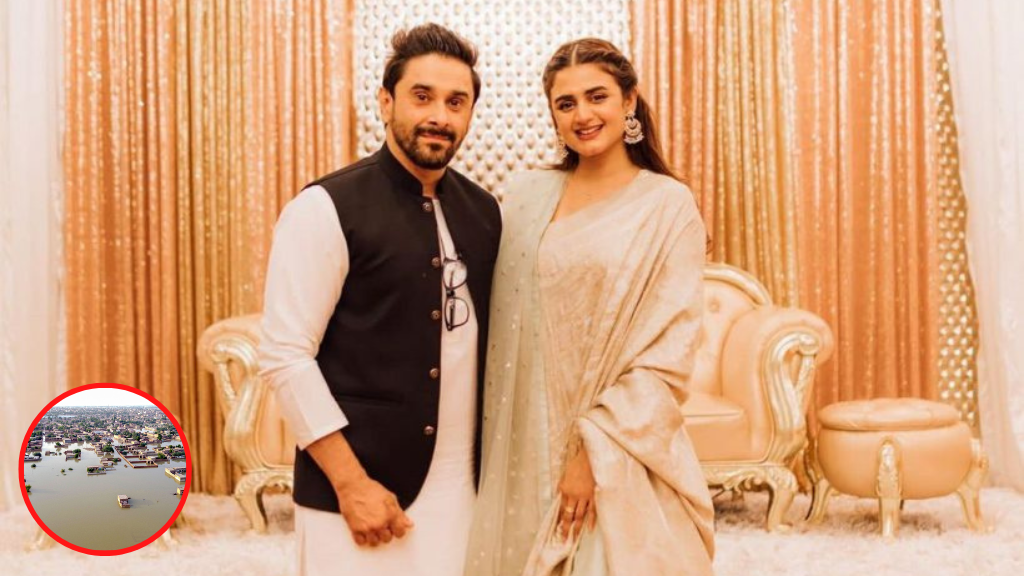 Flood relief efforts are taking place in full swing across the country. Celebrities too have come forth to help those in need during these crucial times. Likewise, Hira Mani and her husband, Mani too are touring across the US to raise funds for the people affected by the floods in Pakistan. In collaboration with Indus Hospital, the couple has been to over 8 cities in the US so far, collecting $2 million to bring back home to the flood affectees.

But that’s not it. They have got more cities on their agenda through which they plan to increase this amount. With another leg of their fundraising effort remaining, Hira Mani and Mani plan to raise more to help facilitate the people who have suffered harshly due to climate change in Pakistan.

In an effort to laud the stars, Nadia Afgan, a prominent celebrity in Pakistan, amplified their work. Taking to social media, she shared that at a time when media houses are quick to judge the actress and make headlines about her “blunders”, they need to know that Hira Mani is also a very kind and considerate person at heart. She added that raising funds for the victims of the flood was not an easy task but is glad that Hira Mani took the step towards helping her own. 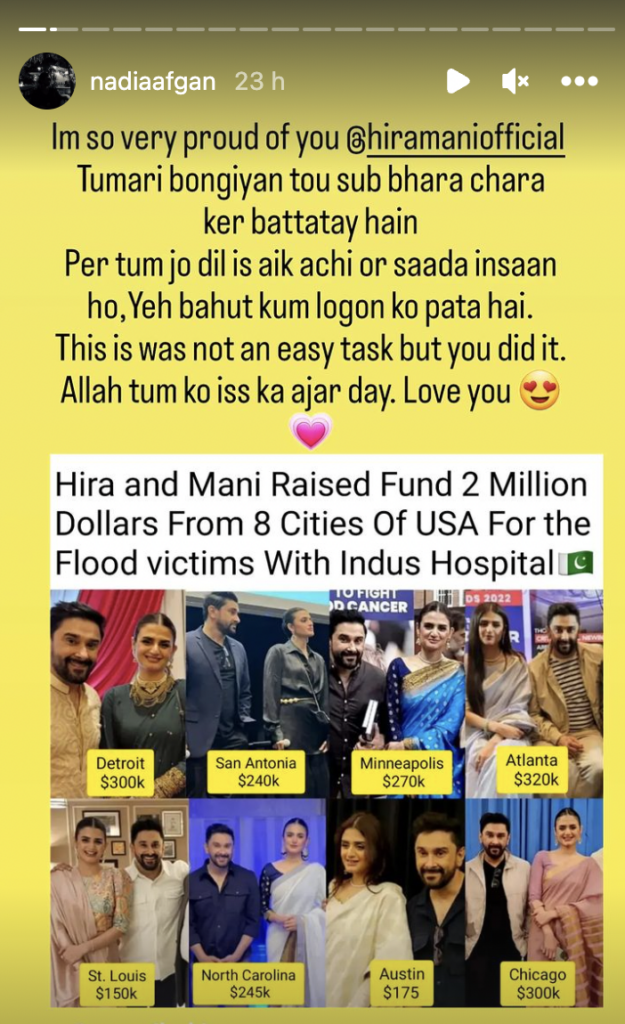 On the other hand, many Pakistani celebrities were also seen in Toronto, Canada recently for the HUM Awards. While most of them received backlash for heading to foreign land while the people of their country suffer, the stars clarified that a portion of the proceedings earned from the award ceremony will be donated towards flood relief efforts in Pakistan. The award show was attended by the likes of Mahira Khan, Ahmed Ali Butt, Osman Khalid Butt, Ushna Shah, Ahsan Khan and many others.