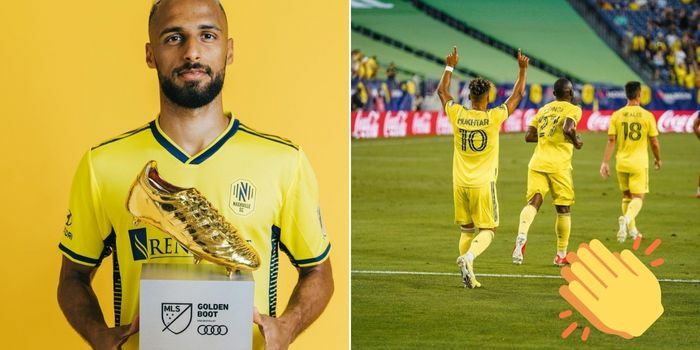 The Nashville Soccer Club’s playmaker tallied a league-high of 23 goals and 11 assists in 33 games.

Mukhtar, who signed as Nashville’s first-ever Designated Player before their expansion campaign in 2020, has accounted for 44.2% of Nashville’s goals in 2022 (23 of 52), becoming the highest percentage in MLS for the season, and finishing off as the league leader in goal contributions thus far.

Mukhtar, 27, went up the youth ranks at German Bundesliga outfit Hertha Berlin between 2002 and 2012 before being promoted to the first team in 2012 registering 17 appearances.

Born and raised in Germany to a Sudanese father and German mother, Mukhtar hails from Beit Al Mal in Omdurman.

After spells with Benfica in Portugal, Redbull Salzburg in Austria and Brondby in Denmark Mukhtar joined Nashville SC at the MLS in 2020.

Enjoyed reading this article? We have more in store for you. Check out our latest articles here!