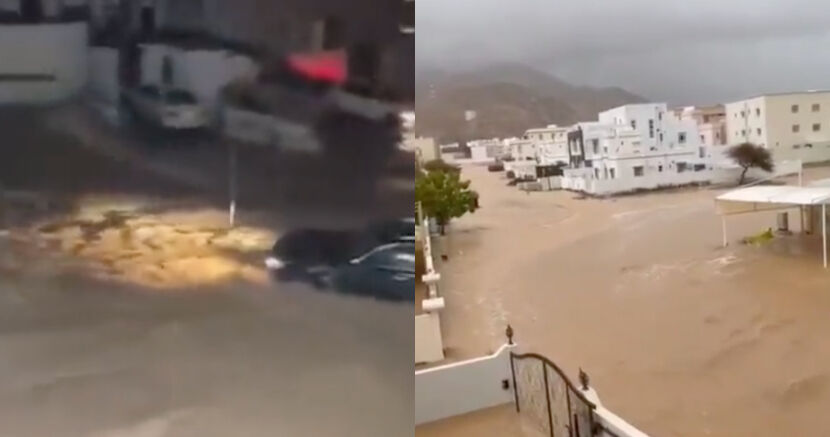 Announced by the National Center of Meteorology (NCM) on Saturday, the tropical storm Shaheen intensified into a ‘category 1’ tropical cyclone and will be affecting regions in UAE and Oman. The storm has engulfed Oman’s coast and rainfall of various intensities as well as flash floods have ravaged parts of the country since.

Since the cyclone alert, Oman declared Sunday and Monday as holidays due to the extreme climate conditions being witnessed. The country on the southeastern coast of the Arabian Peninsula has seen landslides, flooding, heavy winds and torrential rains since Saturday afternoon.

As a result, a number of flights to and from the Muscat International Airport were rescheduled

⚠️ ATTENTION: Due to exceptional weather conditions, a number of incoming and outgoing flights at Muscat International Airport have been rescheduled as per given times. pic.twitter.com/ZbzTebjMy9

The previous storm struck Muscat in 1890.

Educational institutions will operate as normal in Dubai, however, public schools in Hatta will shift to remote learning on Sunday and Monday

This was announced by Dubai’s Supreme Committee of Crisis and Disaster Management.

Dubai’s Supreme Committee of Crisis and Disaster Management confirms educational institutions will operate as normal, except for public schools in Hatta, where distance learning will run on Sunday and Monday. pic.twitter.com/GhhKUKCw0h

The National Center of Meteorology (NCM), has warned UAE residents to avoid beaches, valleys and coastal areas for the next 24 hours

In the UAE, the eastern coasts will be most affected by the tropical storm. Regions in Al Ain and Hatta are also expected to see light showers and strong winds until Tuesday, October 5

it is raining like anything since 3am, very windy too….#cycloneshahen is hitting hard, prayers for safety of everyone in low & coastal areas of #Oman…..#Shaheen #gulf pic.twitter.com/gFWWhVfCTR

High waves were witnessed on the Mutrah seaside promenade in Muscat on Saturday, October 2, as cyclone Shaheen hit parts of the country

Tropical system #Shaheen in the #Arabian_Sea
The #National_Center_of_meteorology is following the situation and will update you with the latest. pic.twitter.com/b6q6eIdHJz

Watch the Lovin Show: Residents Warned To Avoid Beaches And Some Schools Stick To Online Learning