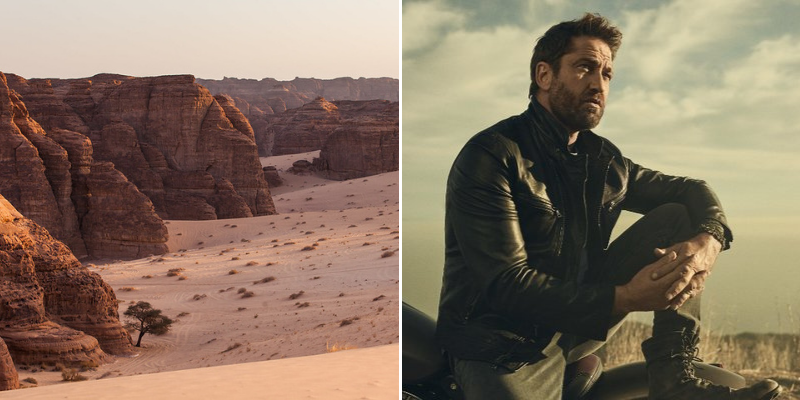 Moviegoers around the world will finally get a taste of Saudi Arabia’s diverse landscape thanks to Gerard Butler-starrer action flick “Kandahar” that’s begun filming in AlUla according to the Deadline.

Kandahar reunites Butler with his Greenland and Angel Has Fallen director Ric Roman Waugh, and is produced by John Wick’s Thunder Road Films and Capstone.

Butler is joined by Bollywood actor Ali Fazal and TV star Navid Negahban in this film.

Butler plays Tom Harris, an undercover CIA agent trapped in Afghanistan. He and his Afghan interpreter must battle their way out of Kandahar to an extraction point, all while dodging the elite special troops entrusted with tracking them down.

Saudi Arabia MBC Studios along with Capstone has financed “Kandahar”.

This isn’t the first Hollywood film to be shot here though, filming was recently completed on a horror film called Cello that was written by none other than Turki Al Sheikh and Rupert Wyatt’s Desert Warrior is currently under production here. So yes, Hollywood is here and they seem to be loving AlUla.