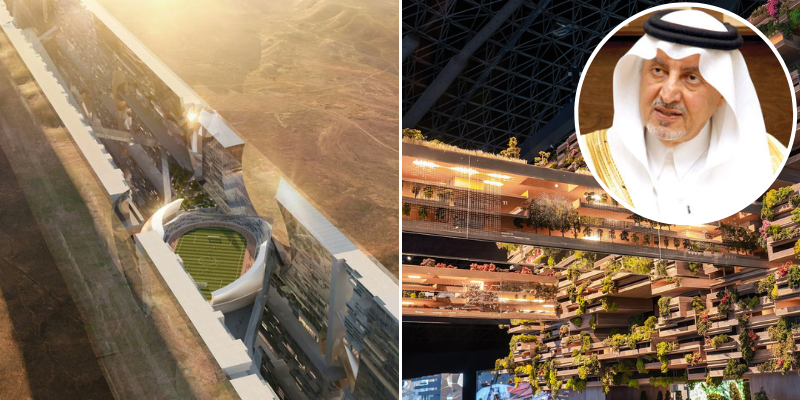 Although only a few weeks since their announcement, Neom’s upcoming city of The Line has generated a BUNCH of fans and Makkah’s Governor is one of them

Makkah Governor #Khaled_Al_Faisal expressed his appreciation for The Line project at #NEOM:

“I will be the first to book an accommodation in this city 🇸🇦😍”. pic.twitter.com/40c422gq45

On a visit to the Jeddah Superdome exhibition of The Line, Makkah’s Governor Prince Khalid Al-Faisal made plans to invest in the project ASAP. In a tweet right after his visit to the site, the Prince stated that he plans to book an accomodation at The Line as SOON as the project is complete.

Take a look at THE LINE in Jeddah, in an ⚡️ interactive experience showcasing the city in all its glory. See the future of urban living for yourself, as the experience travels to a new 🇸🇦 city soon. Stay tuned. 👀#TheLINE #NEOM pic.twitter.com/ohTXJwdK4e

Official blueprints and 3D models of this city were recently unvelied by the Crown Prince Mohamamd Bin Salman, who talked all about the 170 kilometer long city in a video. Starting today, the exhibition will also take place in other cities including Riyadh and the Eastern Province.